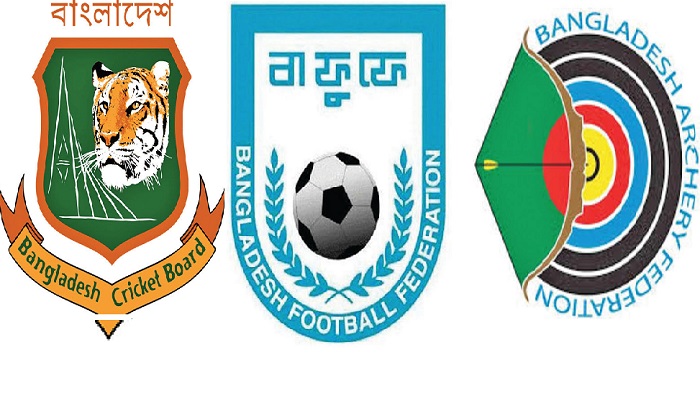 Bangladesh government’s decision of enforcing a complete lockdown for a week has forced most of the country’s sports federations to postpone their activities to a large extent.

This situation also made them revisit the last year’s memory where they had to remain idle for most part of the year 2020.

Bangladesh Cricket Board successfully brought cricket back in the field by hosting two domestic competitions last year and also hosted West Indies for a full-fledged series to bring international cricket to the country.

BCB also made a domestic calendar for 2021-2023 with a host of numerous domestic events alongside their international assignments while they made several plans for their age-level teams and women’s team in the coming days.

BCB, which also hosted two rounds of National Cricket League, Ireland Wolves and South Africa Emerging Women’s team successfully to bring the domestic cricketers, HP players and women’s cricketers back where they actually belong but the government’s decision pushed them to postpone or rethink about their upcoming home fixtures.

BCB has already postponed their U-19 team’s series against the Pakistani counterpart and their one-day international series against Sri Lanka is still hanging in balance amid the lockdown situation in the country which was enforced due to the increasing number of coronavirus cases.

“It is very clear. We have no chance to get out of the country where the government has imposed restrictions on everything in lockdown,” BCB Chief Executive Officer Nizamuddin Chowdhury told The Daily Sun.

Bangladesh Football federations postponed its four ongoing domestic leagues with no new dates -- premier, championship, third division and women’s football. BFF was optimistic that the leagues will be resumed after the eight-day lockdown which is supposed to end on April 21.

The qualifying playoff match of AFC Cup 2021 between Dhaka Abahani Limited and Club Eagles from Maldives is facing a problem for the host venue as Bangladesh banned all air travel flights.

Although BFF postponed all competitions, they decided to continue the players’ registration window for BPL second phase till April 17.

BFF Senior Vice-President Abdus Salam Murshedy told The Daily Sun that they will sit with the BPL, BCL participating clubs to make new schedules after ending the lockdown.

“Last year we abandoned the leagues but we must conclude the leagues this year. We will sit with the clubs next week. They need enough time for arranging teams before resuming the leagues,” Murshedy said.

The federation has also to prepare national teams ahead of FIFA, AFC qualifiers in June in Qatar that means they have to conclude BPL before the meet.

“We can't end leagues before June. We don't know how many days the lockdown will go on. We are now in a complicated situation but we have to find a way to get rid of it.”

Bangladesh Hockey Federation, which will host Mujib Barsho Bangabandhu Al-Arafah Islami Bank Men’s Junior (U-21) Asia Cup on July 1-10, earlier planned to arrange a youth championship and a residential camp ahead of the meet.

However, both the camp and the youth competition have been postponed due to the sudden lockdown.

BHF acting General Secretary Mohammad Yousuf said that the camp and meet will be held after Eid-ul-Fitr.

“No chance to hold the competition and camp at this time. We have enough time before the meet (Junior Asia Cup). We have talked with the U-21 coach and decided to arrange camp and meet after the Eid,” he said.

Bangladesh chess players were scheduled to take part in the Hybrid Asian Continental Chess Championship 2021, beginning from April 20 but BCF General Secretary Syed Shahab Uddin Shamim said that the players may not compete in the meet due to lockdown.

“In a hybrid competition, the participating team members have to meet in a particular venue to play their boards. Though they will play virtually, they have to play under the observation of an arbiter. If the lockdown continues, the team members won't be able to meet in a venue,” he said.

Many other federations including athletics, handball, and volleyball also came to a standstill due to the lockdown as they had to postpone their several scheduled meets.

Meanwhile, archery and shooting federations said that they will continue their ongoing residential camps for the preparation of the upcoming Tokyo Olympics at their premises.

“I don’t think we have to face any problem to continue the camp because all of our members are staying in an isolated residential camp under strict health measures. No outsider can enter here, neither can we go outside,” Archery assistant coach Ziaul Haque said.

“Federation halted all activities except the Olympics camp. We have five members in our camp -- Baki, Risalat, Shakil, Disha and Natasha. We are isolated and running the camp at our premises,” he said.