CJ to decide on conducting courts amid Covid situation: Anisul 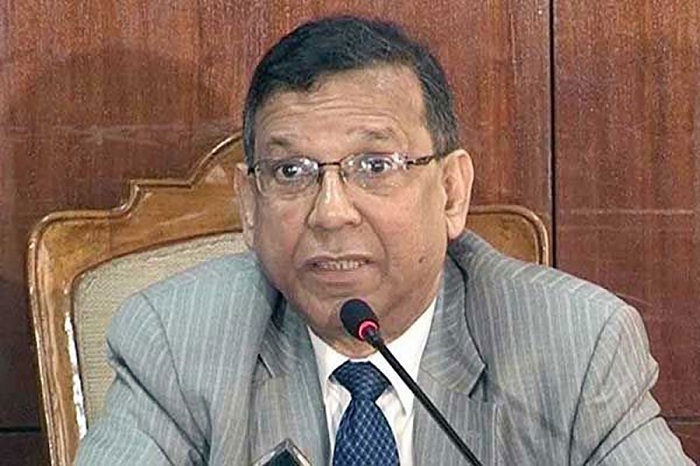 Law, Justice and Parliamentary Affairs Minister Anisul Huq today said the chief justice (CJ) will take a decision on whether to continue or suspend court proceedings during this ongoing coronavirus situation.

“As the infection of coronavirus has gone up, I hope the chief justice would take the correct decision in this regard,” he said while talking to newsmen after attending the namaj-e-janaza of former law minister and newly elected Supreme Court Bar Council President Abdul Matin Khasru, MP, on the Supreme Court premises.

About the contribution of Abdul Matin Khasru, the law minister said Khasru was a dedicated follower of ideals of Father of the Nation Bangabandhu Sheikh Mujibur Rahman and he had full faith in the spirit of War of Liberation.

Anisul further said he knew Khasru from the days the latter was a leader of Bangladesh Chhatra League, adding, “He was a valiant freedom fighter and five-time elected lawmaker. Khasru served as state minister and full minister in the Ministry of Law.”

“During Bangabandhu murder trial proceedings, Khasru was the law minister. He used to visit our chamber after finishing his office and went home. His death created a big void in the country’s judiciary. I am praying for eternal peace of the departed soul,” Anisul added.