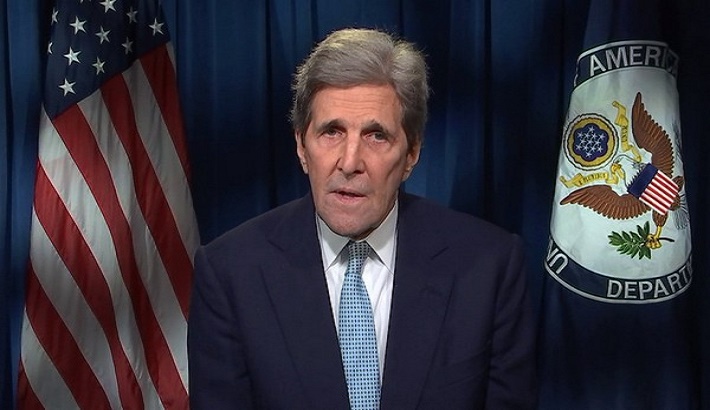 US Special Envoy for Climate John Kerry is flying to China and South Korea this week for talks on global climate change, the Department of State announced on Tuesday.

"Special Presidential Envoy for Climate John Kerry will travel to Shanghai and Seoul April 14-17 to discuss raising global climate ambition ahead of President Biden's Leaders Summit on Climate April 22-23," the US State Department said in a release.

The talks in both countries will also precede the 26th Conference of the Parties (COP26) to the United Nations Framework Convention on Climate Change that are due to be held later this year, the release said.

The latest trip to Shanghai, China comes less than a month after a face-to-face meeting between senior Chinese and US diplomats in Alaska ended in traded diatribes and insults, would be the first official visit to China by a top Biden administration official.

In India last week, Kerry said he was "hopeful" but "not confident" that he could count on China's cooperation.

Under the Trump administration, ties between the two countries had deteriorated over issues such as human rights violations in Xinjiang, encroachment on the special status of Hong Kong, accusations of unfair trade practices by Beijing, lack of transparency concerning the pandemic and China's military aggression in various parts of the world.