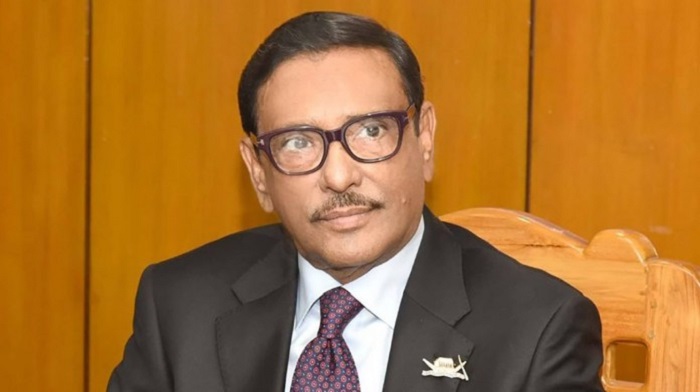 Awami League General Secretary and Road Transport and Bridges Minister Obaidul Quader today said BNP has taken the people and the police as the party’s opponents to hide its political failures.

“As the people don’t cast their vote in favor of BNP, the party has made the people as their opponents. They carried out sabotage to take revenge on people,” he told a regular press conference at his official residence here.

He urged the BNP to stop spreading their political propaganda during the coronavirus crisis in the name of criticizing the government.

About BNP’s remarks that the incident of carrying out mayhem on March 26 was a planned one, Quader said he too thinks that the incident on that day and the aftermaths were part of a deep-rooted conspiracy to create unrest in the country and BNP and its cohorts made the plan and incited Hefajat to launch the mayhem.

“BNP incited the anti-liberation forces. . . BNP and their cohorts designed the plan to carry out the mayhem,” he said.

Suddenly, BNP on Tuesday, 18 days after the incident, made a ridiculous and evil attempt to shift the liability to others, he said.