Why are so many babies dying of Covid-19 in Brazil? 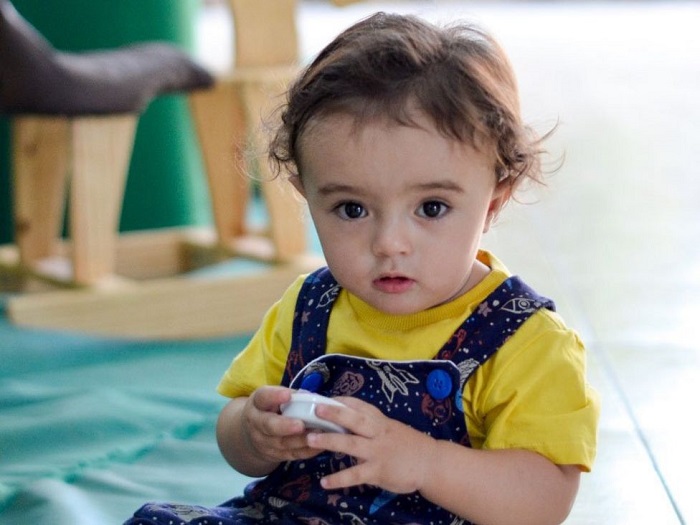 More than a year into the pandemic, deaths in Brazil are now at their peak. But despite the overwhelming evidence that Covid-19 rarely kills young children, in Brazil 1,300 babies have died from the virus. One doctor refused to test Jessika Ricarte's one-year-old son for Covid, saying his symptoms did not fit the profile of the virus. Two months later he died of complications from the disease.

After two years of trying, and failed fertility treatments, teacher Jessika Ricarte had all but given up on having a family. Then she fell pregnant with Lucas.

"His name comes from luminous. And he was a light in our life. He showed that happiness was much more than we imagined," she says.
She first suspected something was wrong when Lucas, always a good eater, lost his appetite.

At first Jessika wondered if he was teething. Lucas's godmother, a nurse, suggested that he might just have a sore throat. But after he developed a fever, then fatigue and slightly laboured breathing, Jessika took him to hospital, and asked for him to be tested for Covid.

"The doctor put on the oximeter. Lucas's levels were 86%. Now I know that is not normal," says Jessika.

But he was not feverish, so the doctor said: "My dear, don't worry. There's no need for a Covid test. It's probably just a minor sore throat."

He told Jessika that Covid-19 was rare in children, gave her some antibiotics and sent her home. Despite her misgivings, there was no option to have Lucas tested privately at the time.

Jessika says that some of his symptoms dissipated at the end of his 10-day antibiotics course, but the tiredness remained - as did her concerns about coronavirus.

"I sent several videos to his godmother, my parents, my mother-in-law, and everyone said that I was exaggerating, that I should stop watching the news, that it was making me paranoid. But I knew that my son was not himself, that he was not breathing normally."

This was May 2020, and the coronavirus epidemic was growing. Two people had already died in her town, Tamboril in Ceará, north-east Brazil. "Everyone knows each other here. The town was in shock."

Jessika's husband Israel was worried that another hospital visit would increase the risk that she and Lucas would become infected with the virus.

But the weeks went by, and Lucas became sleepier and sleepier. Finally on 3 June, Lucas vomited over and over again after eating lunch, and Jessika knew she had to act.

They returned to their local hospital, where the doctor tested Lucas for Covid, to rule it out.

Lucas's godmother, who worked there, broke the news to the couple that his test result was positive.

"At the time, the hospital did not even have a resuscitator," says Jessika.

Lucas was transferred to a paediatric intensive care unit in Sobral, over two hours away, where he was diagnosed with a condition called multi-system inflammatory syndrome (MIS).