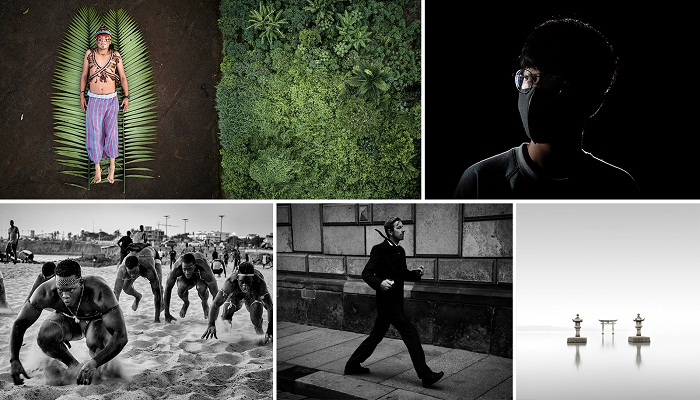 The annual Sony World Photography Awards has announced the winners of its 2021 competition, with two of the top prizes going to photographers who reexamined biases in how culture and history is portrayed.

Zimbabwean photographer Tamary Kudita was named Open Photographer of the Year, a category honoring single images, and awarded $5,000 for her winning portrait, "African Victorian." British documentarian Craig Easton was named Photographer of the Year and awarded $25,000 for the series "Bank Top," which comprises black-and-white images and text, capturing a humanistic portrait of a small community in Blackburn, northern England.

In 2007, the BBC investigative documentary series "Panorama" reported on the divisions in Blackburn that left White and Muslim Asian residents leading "separate lives." Ten years later, the British broadcaster found the town to be "even more divided."

In response to media reports portraying the town as Britain's "most segregated," the Blackburn Museum & Art Gallery invited artists and writers to collaborate directly with residents to authentically portray their day-to-day lives, the World Photography Organization -- organizers of the Sony World Photography Awards -- said in a press release.

Together with writer and academic Abdul Aziz Hafiz, Easton focused on the neighborhood of Bank Top, creating the project "to understand the divisions that this kind of language can create -- this 'them and us' narrative," Easton said over email.

"What we actually found was a place of congregation -- where people have come together from all over the world, for many decades, and created a community that is settled and vibrant, and continues to welcome new arrivals in solidarity."

Also challenging stereotypes, Kudita's "African Victorian," depicts a Black woman in a voluminous dark Victorian-style dress gazing at the camera while holding traditional cooking utensils of the Shona people. The image reflects Kudita's own dual heritage, she noted over email, alluding to her Shona ancestry and the Western culture into which she assimilated.

"My work aims to show that history can be narrated in many ways," she explained. "The African narrative has been paraded under the same monolith of cultural homogeneity and my hope is to show that apart from being complex, the African experience is a tapestry woven in real time by each and every one of us."

Other overall winners included South African student Coenraad Heinz Torlage who was named the Student Photographer of the Year for his series "Young Farmers," and Indian photographer Pubarun Basu, who won Youth Photographer of the Year for his image "No Escape from Reality." Their work can be seen, along with the other category winners and finalists, in a virtual exhibition, as well as in a new documentary feature and book.

Easton hopes that his own photographic contribution will lead to a deeper understanding of the times we are living in. "When I think of what I've learned about the world from the great documentary photographers of the past, I think it is imperative that we continue to examine our society and share our stories far and wide," he said.