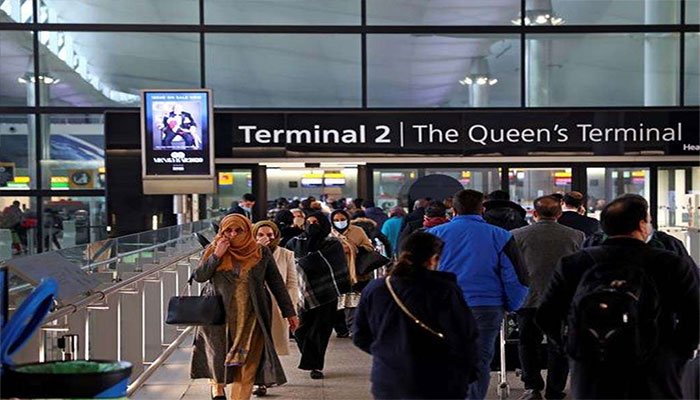 The British government has added Pakistan to the list of undesirable 21 high-risk countries with unsatisfactory money laundering and terrorist financing controls.

The list replicates those countries listed by the Financial Action Task Force (FATF) as high risk or under increased monitoring. Pakistan shares the list at number 15 with conflict-ridden countries such as Syria, Uganda, Yemen and Zimbabwe.

According to the UK government, the nations in this category pose a threat because of weak tax controls and lack of check and balance on terrorism financing and money laundering.

The UK government’s “Money Laundering and Terrorist Financing (Amendment) (High-Risk Countries) Regulations 2021” has come into force from March 26, 2021 after the definition of a high risk third country identified in a new Schedule 3ZA.

The list has been released as part of post-Brexit developments. Until the end of the Brexit transition period, the list of high-risk countries was determined by the European Union (EU) under the 4th Anti-Money Laundering Directive. The UK now has its own standalone list, with Pakistan featuring in it.

The UK government said the new list of high-risk third countries has been issued for the purposes of enhanced customer due diligence requirements.

In December 2020, a British government report revealed that dirty money continues to flow unhindered from Pakistan into the UK and vice versa.

The “National risk assessment of money laundering and terrorist financing 2020” report said “corrupt foreign elites continue to be attracted to the UK property market, especially in London, to disguise their corruption proceeds”.

The report, put together by the Treasury and Home Office, had named Pakistan, China, Hong Kong, Russia and United Arab Emirates (UAE) as the hotspot countries from where the most flow of money takes place.

About Pakistan, the report said the UK continues to have close economic links to Pakistan, including significant remittance flows between both jurisdictions, which according to estimates equated to approximately $1.7 billion in 2017.

The report notes that these economic and cultural ties “also enable and disguise illicit funds to be transferred between the UK and Pakistan, including through illegal informal value transfers”.

The report said: “Criminals continue to purchase high value assets, such as real estate, precious gems and jewelry to launder illicit funds which are transferred from Pakistan to the UK and vice versa. This includes proceeds from corruption and drug trafficking. The risk from cash-based money laundering from the UK to Pakistan via smuggled cash and Money Service Business (MSBs) also persists.”

The report had said that in 2018 Pakistan was nominated to the Financial Action Task Force (FATF) list of jurisdictions with strategic anti-money laundering and counter-terrorist financing (AML/CTF) deficiencies, known as the ‘grey list’, due to widespread CTF deficiencies.