Four of a family killed in Gaibandha road crash 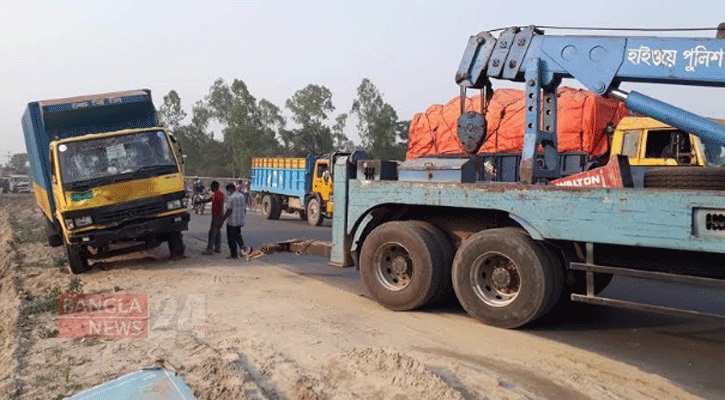 Four members of a family were killed and three others injured as a covered van crashed into an autorickshaw at Kalitala Mazar area on the Dhaka-Rangpur Highway in Gaibandha’s Gobondaganj on Wednesday afternoon.

The deceased were identified as Anisur Rahman, 30, a primary school teacher from Rampura village, his mother Rehena Begum, 50, his wife Razia Sultana, 2, and brother-in-law Zahid Mia, 20.

They were returning home after seeing a doctor for Anisur and Razia’s one-month-old baby boy, who was suffering from fever, Gobindaganj Highway Police Station OC Khairul Islam said.

Six passengers and the driver of the autorickshaw were injured when the covered van rammed into it.