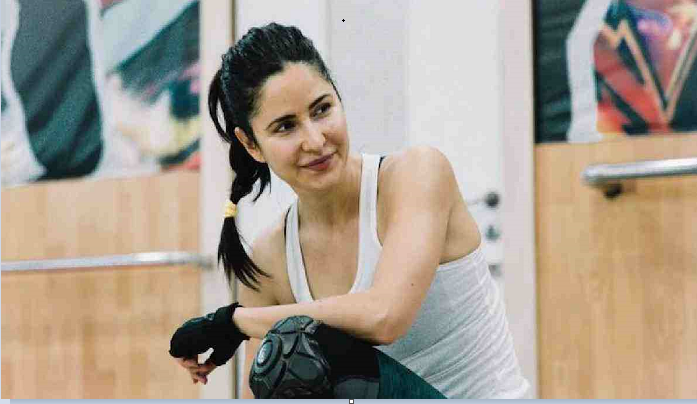 "Just me for company," she wrote in an Instagram post, sharing selfies of her life in quarantine without makeup.

Last week, the actress announced on social media that she had tested positive for Covid.

"I have tested positive for Covid-19. Have immediately isolated myself and will be under home quarantine. I am following all safety protocols under the advice of my doctors. Requesting everyone who came in contact with me to get tested immediately too. Grateful for all your love and support," she wrote.

The Hong Kong-born actress was last seen in 2019 patriotic film Bharat. Two of her films -- horror comedy Phone Bhoot, and action film Sooryavanshi -- are likely to be released later this year.

Basically a model, Kaif began her Bollywood career with Boom, an action film, in 2003 that flopped. Two years later, she earned
commercial success in Bollywood with the romantic comedy Maine Pyaar Kyun Kiya.

A number of Bollywood celebrities, right from singer Kanika Kapoor to actors Aamir Khan, Sunny Deol, Amitabh Bachchan and his son Abhishek, have been tested positive for the deadly virus since the pandemic broke out in March last year.

Luckily, all of them have recovered from Covid.