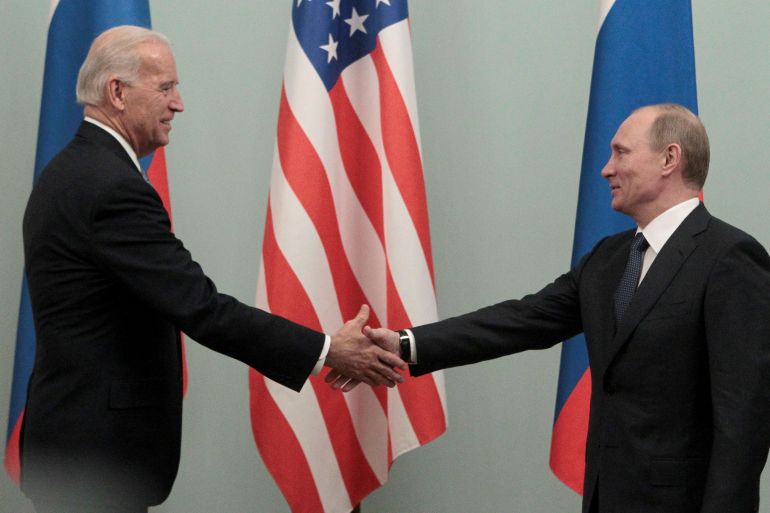 Putin and Biden thoroughly discussed the current state of Russian-U.S. relations and some international issues during the phone call at the initiative of the U.S. side, the Kremlin said in a press release.

Biden confirmed a previously sent invitation asking Putin to take part in a climate summit, which will be held via video link on April 22-23.

Both sides expressed their readiness to continue dialogue on the most important areas of ensuring global security, which would meet the interests of not only Russia and the United States, but the whole world as well.

Biden voiced interest in normalizing relations with Russia and establishing stable and predictable interaction on such acute problems as ensuring strategic stability, arms control, the Iranian nuclear program, the situation in Afghanistan, and global climate change.

To that end, the U.S. president suggested considering the possibility of holding a summit with Putin in the foreseeable future.

When discussing the internal Ukrainian crisis, Putin outlined approaches to a political settlement of the tensions in the Donbass region based on the Minsk agreements.

The leaders agreed to instruct relevant departments to work on the issues raised during the telephone conversation.