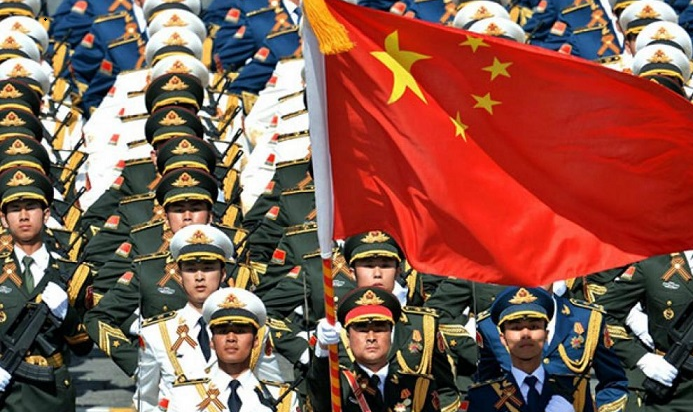 In our day to day life, we often hear about western spy agencies such as the CIA, M16 or even the Israeli Mossad but do we often get to hear anything about China's intelligence agencies? Chinese intelligence is shrouded in mystery with even experts often in the dark about their functioning.

The origin of the 21st Century Chinese intelligence apparatus has been around for only three decades. Their intelligence-gathering technique does not believe in the traditional way of employing professional spies but utilizes the Chinese students, academicians studying and working abroad, tourists and even companies to help in intelligence collection.

Emboldened by National Intelligence Law passed in 2017, Chinese government compels all Chinese companies and even individuals (living in and out of the country) to assist government•s intelligence agencies in gaining information.

In other words, China relies on a huge global social system, a non professional and informal intelligence network that provides information which reflects Beijing+s priorities in military, socio-political and economic terms. This type of intelligence collection has been termed as ''Thousand Grains of Sand'' by a former China analyst for the FBI.

The data collected through this process can be of a pretty amorphous nature, absorbing all kinds of information through a huge social and interpersonal network. The bits and pieces of information gathered would appear to have no worth but when put together, it appears to have considerable intelligence value.

A case in point is a restaurant in Kabul that was being run by one of the women from the Chinese ''spy ring'' which was busted in Afghanistan in January 2021. It appeared that the restaurant was about 10 years old and gathering intelligence was only incidental. In effect, it was a fully functional restaurant which suggests that the woman may not have been an intelligence agent and may have only worked casually for the Chinese intelligence service.

Another example of ''Thousand Grains of Sand'' approach was revealed in the year 2020, when it became known that the Communist Party of China backed Zhenhua, a data information technology company, monitored over 1,000 Indian personalities and organizations through different social media platforms. Initially the data gathered may not seem harmful to India+s national security but in the long run, this data could be analyzed and converted into a potential security risk for India.

A major facilitator for China's intelligence gathering is Xinhua news agency. Xinhua is primarily the eyes, ears and voice of China. It is one of the important arms of.

Chinese Intelligence agency in gathering information. Its prime objective is to promote positive news/narrative about CCP leadership/Chinese Government and to marginalize, demonize, or entirely suppress anti-CCP voices, incisive political commentary and exposes that present the Chinese Government/CCP leadership in a negative light.. It owns more than 20 newspapers and a dozen magazines and prints in eight languages: Chinese, English, Spanish, French, Russian, Portuguese, Arabic and Japanese.

Xinhua covers all news and developments/events in foreign countries which have meaning or which could be of any significance for China.

It then forwards reports/articles to China's Ministry of State Security which directly handles the information inflow from Xinhua. The reports/articles are uploaded in a secured web system. Those that contain intelligence value are treated as classified and forwarded to CCP leadership for their consumption. Xinhua journalists are trained to be able to identify news/articles that are suitable for the CCP leaders and not for the general public.

The agency maintains a huge database of experts across the world and contacts favourable pro-Chinese contacts/assets in foreign countries and forward their articles/reports to concerned department back in Beijing.

Recently, Xinhua is in the news for its interference in Italian media.

Paolo Formentini, MP (Lega) and Vice President of the Ill Commission of Foreign Affairs Committee of the House of Deputies of the Italian Parliament has asked the government of Italy to take serious note on the interference of Chinese CCP and its Xinhua into the Italian media especially government agency Ansa stressing the need for the government to review Xinhua-Ansa deal.

The above mentioned facts suggest that Xinhua is not only the biggest propaganda agency of Chinese Communist Party but also carries out some of the functions of an intelligence agency by gathering information and producing classified reports for the Chinese leadership on both domestic and international events.

Therefore, in order to prevent China from data and information hunting, Xinhua's freedom and unrestricted access to information, institutions, and individuals in foreign countries must be stopped.