Samson ton in vain as Punjab down Rajasthan in IPL thriller 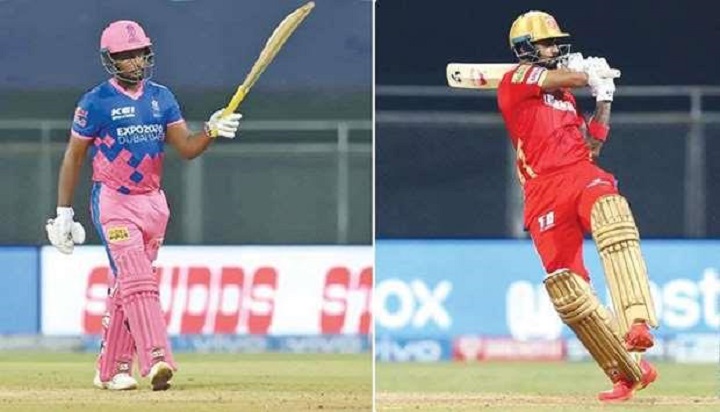 Debutant captain Sanju Samson hit the first century of the Indian Premier League season but his side Rajasthan Royals lost by four runs to Punjab Kings on Monday.

Samson smashed 119 off 63 deliveries before getting out on the last ball of the match to left-arm quick Arshdeep Singh as Rajasthan finished on 217-7 while chasing a target of 222 in Mumbai.

Needing five off the final two balls, Samson refused a single with partner Chris Morris and then fell in an attempt to hit a six.

"I don't have words to explain my feelings. Would have loved to finish it off for my team," said Samson, who became the first debutant IPL skipper to hit a hundred.

"I don't think I could have done better than that. I thought I timed it well for a six but unfortunately couldn't clear the man in the deep."

Samson came out to bat after England's Ben Stokes fell for a third ball duck at the start of the Rajasthan chase and single-handedly took the opposition bowling apart.

The wicketkeeper-batsman, who replaced Australia's Steve Smith - now playing for Delhi Capitals - as leader for Rajasthan this year, stood out with his destructive knock laced with 12 fours and seven sixes.

Samson put on key partnerships with Jos Buttler, who hit 25, and Riyan Parag, who scored 25 off 11 balls, for the fourth and fifth wicket to keep up the chase.

Samson though survived a reprieve on 12 when his opposite number KL Rahul dropped an easy catch off Singh.

Rahul built partnerships with Chris Gayle, who hit 40, and Deepak Hooda, who made 64 off 28 balls, after being put into bat first.

Pace bowler Chetan Sakariya returned figures of 3-31 on IPL debut but the rest took a beating including Chris Morris, who became the most expensive player in IPL history when Rajasthan bought him for $2.25 million in February's auction.

The 14th edition of the Twenty20 tournament is being played behind closed doors amid a surge of coronavirus pandemic in India.