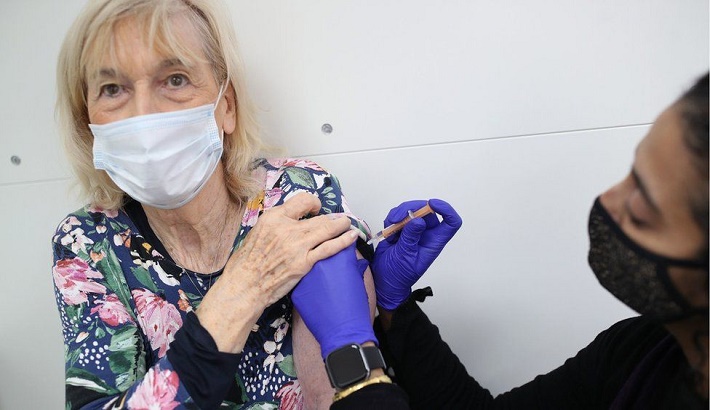 All over-50s and those in high-risk groups in the UK have now been offered a first dose of a coronavirus vaccine, the government has announced.

It means ministers have met their target of offering a first dose to the top nine priority groups by 15 April.

The government said it was on track to offer a first dose to all adults by the end of July, with those in their late 40s expected to be next in England.

More than 32 million people in the UK have had their first dose.

And on Saturday a record 475,230 second doses were given out, with more than 7.6 million people now fully vaccinated.

Under-50s in Northern Ireland have already been asked to book appointments, and more people in the age group in other parts of the UK are now set to get their invitations.