Women report more side effects from the COVID-19 vaccine than men. Health experts explain why. 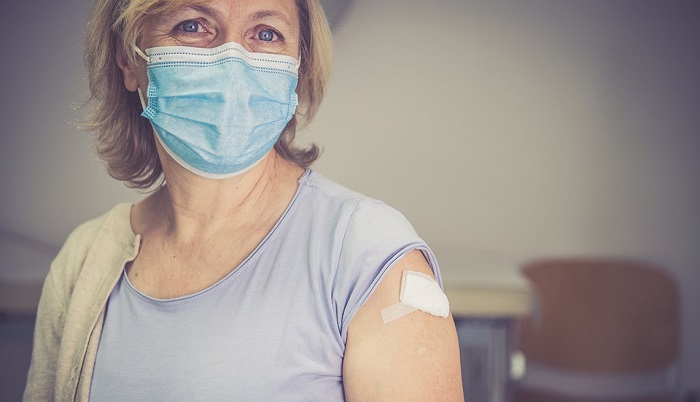 Reports of COVID-19 vaccine side effects support what many have anecdotally observed: Women shoulder the bigger burden.

Among nearly 7,000 reports processed through the Centers for Disease Control and Prevention's Vaccine Adverse Event Reporting System from Dec. 14 to Jan. 13, more than 79% of them came from women. The most frequently reported side effects were headache, fatigue and dizziness.

Women also are more likely than men to experience some of the vaccine’s more unusual side effects, such as an itchy red rash that appears at the injection site commonly known as COVID arm or Moderna arm, because about 95% of the reactions occur with the Moderna vaccine. Overall, women account for 77% of the Moderna vaccine’s reported side effects.

These side effects – even if unusual – are a good sign the vaccine is working to arm the body’s immune system against the coronavirus. But why are women more likely to experience them than men?

Health experts say it may be the result of biological differences, inconsistent reporting by men and gender bias in clinical trials.

Women exhibit a greater immune response to vaccines than men, experts say, which may partially explain why more of them have reported side effects to the COVID-19 vaccine.

“From a biological perspective, women and girls produce sometimes twice as many infection-fighting antibodies from vaccines,” said Rosemary Morgan, a research scientist at Johns Hopkins Bloomberg School of Public Health.

Although there’s no data comparing men and women's immune response to the COVID-19 vaccine, researchers from a 2019 study found women developed greater cytokine and antibody responses compared with men after getting the flu vaccine.

That could be because women have a higher frequency of CD4+ T cells, also called "T helper cells," which activate other cells from the immune system that make antibodies to combat the virus, said Dr. Daniel Saban, an immunologist scientist at Duke University School of Medicine.

“It’s the adaptive immune response that is acting in a more robust fashion with the vaccine,” he said. “(These cells) are more poised to be active and trigger this response.”

Women may be experiencing vaccine side effects more than men, but men may also be reporting them less frequently, health experts say.

“We don’t have more robust evidence that look at reporting side effects … but what we do know is that it is possible that women may be reporting more side effects than men due to what we know about how men behave in relation to health care,” Morgan said.

Studies have shown women are more likely than men to use health care services, according to the World Health Organization. That could help explain why men may be underreporting COVID-19 vaccine side effects.

Women were mostly excluded from clinical trials until the 1993 National Institutes of Health Revitalization Act was passed to ensure the inclusion of minorities in clinical research.

“In terms of medications and drugs, many of the medications we have on the market today was approved based on clinical research that excluded women,” Morgan said. “What was happening, and still happens to this day in some cases, is the male body was used as the standard, and it was a very specific type of body, certain age, weight and white.”

Even though women were included in COVID-19 vaccine clinical trials, health experts say gender bias still exists today. Whereas dosing for pediatric patients is usually determined by weight, an adult man and woman receive the same dose of vaccine regardless of size.

That means women may be getting a stronger dose than is necessary to trigger an adequate immune response. Studies show that may be true for flu vaccines. One 2008 study found women had a similar immune response to half a dose of flu vaccine as men who received a full dose.

A full dose is still safe and effective for women, Morgan said, but more side effects from a stronger reaction may contribute to vaccine hesitancy.

“If men and women are getting the same dosage, it’s not unsafe in the sense that it’s still working and effective,” she said. “If women are getting a stronger dose than they need to have the same effect and its causing greater vaccine hesitancy … to me, that’s important for us to address.”