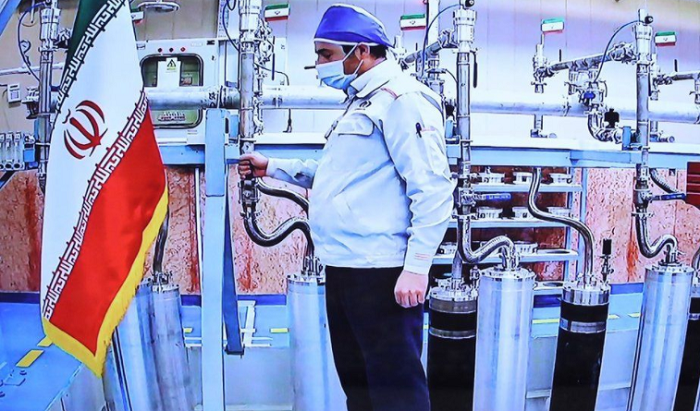 The Iranian foreign minister has said his country will "take revenge" for an attack on an underground nuclear site, for which it has blamed Israel.

Iranian officials said the Natanz uranium enrichment plant was the target of "nuclear terrorism" on Sunday, after initially reporting a power failure.

New advanced centrifuges to enrich uranium had just been activated there.

Israel has not commented, but public radio cited intelligence sources as saying it was a Mossad cyber operation.

They said it had caused more extensive damage than Iran had reported.

US intelligence officials told the New York Times that a large explosion had completely destroyed the independent internal power system that supplied the centrifuges inside the underground facility. They estimated it could take at least nine months to resume enrichment there.

Iran's Nour News agency, which is affiliated to the Supreme National Security Council, meanwhile cited a source at the intelligence ministry as saying the "main perpetrator" behind the disruption to the electricity system had been identified and that "necessary measures are being taken to arrest this person".

Israel has recently stepped up its warnings about its arch-foe's nuclear programme amid efforts to revive a 2015 nuclear deal that was abandoned by former US President Donald Trump.

His successor, Joe Biden, has said he wants to return to the landmark accord. But Iran and the five other world powers still party to it - China, France, Germany, Russia and the UK - need to find a way for him to lift US sanctions and for Iran to return to the agreed limits on its nuclear programme.

US and Iranian officials are holding indirect talks in the Austrian capital, Vienna, to try to break the impasse, with European officials acting as intermediaries.

The European Union said it still needed to clarify the facts about the Natanz incident, but that it rejected "any attempts to undermine or weaken diplomatic efforts on the nuclear agreement".

US Defence Secretary Lloyd Austin, who is visiting Israel, said the efforts would continue, according to the Associated Press news agency.