Death of Ahmad Shafi: PBI submits report against Babunagari, 42 others 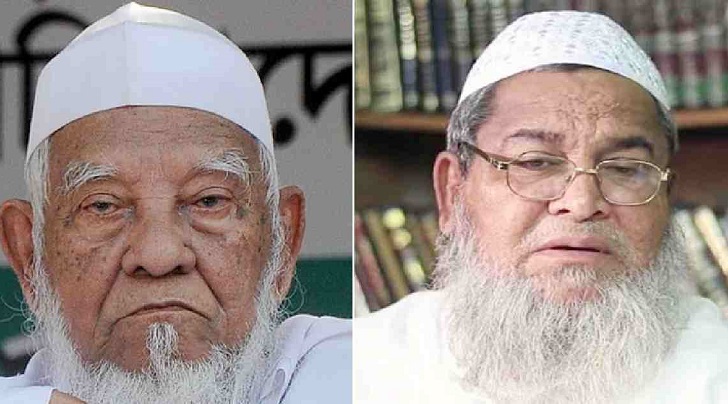 Police have found the involvement of 43 people, including incumbent Ameer of Hefazat-e-Islam Bangladesh Junaid Babunagari, in activities that led to the death of its founding Ameer Allama Ahmad Shafi.

Inspector Monir Hossain of investigation agency Police Bureau of Investigation (PBI) submitted a report against them before the court of Chattogram Chief Judicial Magistrate on Monday in a case filed over the alleged murder of Ahmad Shafi, said PBI Deputy Inspector General (DIG) Banaj Kumar Majumder.

He told the Daily Sun that the investigation revealed the involvement of the 43 people, including Hefazat men, in activities that expedited the death in different ways.

They carried out vandalism at the madrasa in the name of demonstrations and barred treatment of Ahmad Shafi that resulted in his death, said the DIG.

The investigator, however, did not find the involvement of FIR-named accused and controversial Hefazat Joint Secretary Mamunul Haque, said sources.

Judicial Magistrate Shiblu Kumar Dey took cognisance of the complaint and ordered PBI to investigate it.

Some students of Hathazari Madrasa staged demonstrations on September 15 and 16 last year demanding removal of Shafi’s son Anas Madani from the post of assistant director (Education) of the madrasa.

Shafi resigned from the post of director general at a meeting of the Shura Committee on September 17 in the face of demonstrations while the committee also removed Anas Madani and teacher Nurul Islam.

The Islamic scholar fell sick after holding the meeting at the madrasa.

Shafi was taken to Chattogram Medical College Hospital and later shifted to Dhaka for better treatment.

He died at a private hospital in the capital on September 18, a day after resigning from the post.

The plaintiff in the case termed the death a planned murder.

The death was not natural as the accused barred his treatment and shifting to hospital while they did not ensure oxygen support during his critical condition at the madrasa.

The accused also looted Tk 60.8 lakh from the madrasa at that time, the plaintiff alleged further.