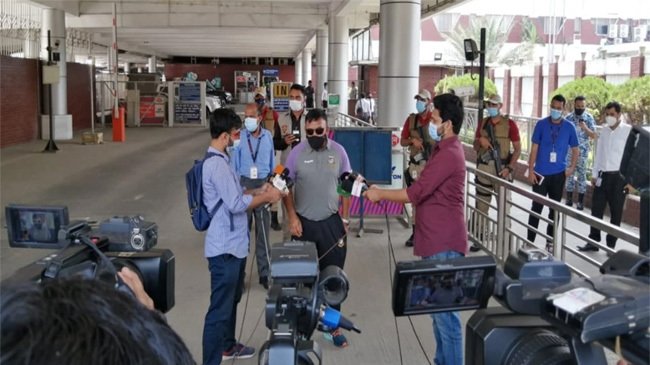 After reaching Sri Lanka, the Bangladesh team will go to Negombo for a three-day room quarantine from Apr 12-14.

The final squad for the two-match Test series will be announced after the preliminary team reaches Sri Lanka and plays an intra-squad practice game scheduled for April 17-18.

Due to the current Covid-19 situation, Bangladesh team will have to play practice match among themselves and for that reason, the BCB has decided carry all the 21 cricketers to Sri Lanka.

The series will begin on April 21 with the first Test, and the second and final Test will start on April 29, both will be played at Pallekele International Cricket Stadium in Kandy.

The 21-member preliminary Test team of Bangladesh for the Sri Lanka tour: