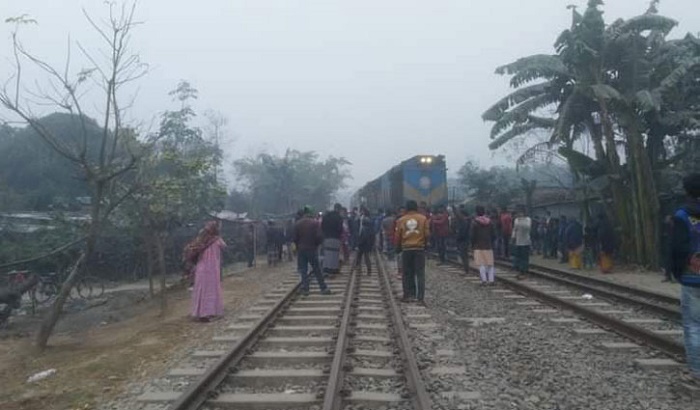 An employee of Ekushey Television was crushed to death under the wheels of a train at Tejgaon area in the capital on Monday morning.

The deceased was identified as Abdur Rahman, 45, was an office assistant of the private TV channel, hailing from Cumilla.

He used to live in Dhaka's Nakhalpara area.

Confirming the news, Mazharul Haque, officer-in-charge (OC) of Kamalapur Railway GRP police station, said that the accident took place around 8.30am when Babul was crossing the rail tracks, without noticing an approaching goods-laden train.