4 Hefazat leaders held over violence at resort in Sonargaon 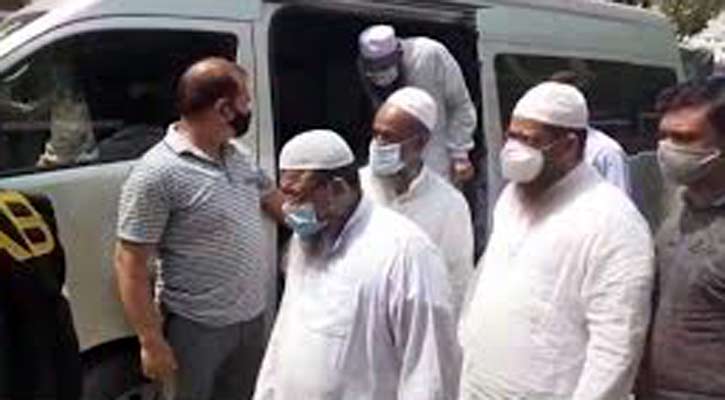 Four leaders of Hefazat-e-Islam have been arrested in connection with attack and vandalism in a resort of Narayanganj's Sonargaon upazila on April 3.

Members of Rapid Action Battalion (RAB) arrested them from Jurain area in the capital.

Later, the arrestees were handed over to Sonargaon Police Station, he said.

On April 3, supporters of Hefazat Joint Secretary General Mamunul went on a rampage in Narayanganj and vandalised Royal Resort where he was kept in police custody after locals found him with a woman, who the leader claimed to be his wife.

At one point they tore down the main gate of the resort and ran riot after entering the property.

As the situation was getting out of control, police released Mamunul to the protesters.