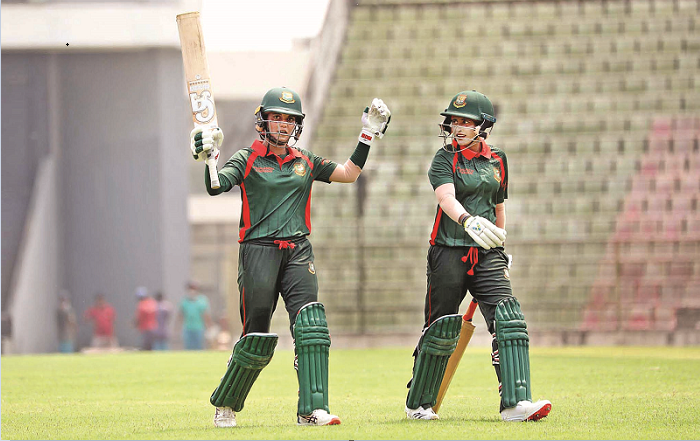 Nigar continued her blazing form in the series as she scored unbeaten 101 off 132 balls while Sobhana Mustari and Murshida Khatun made 45 and 41 runs respectively as the hosts posted 236-4 in their stipulated overs after opting to bat first.

Nigar, who made an identical unbeaten hundred in the second game, smashed eight fours and a six during her another hundred against the same opposition.

The visitors never looked comfortable in the chase as they lost wickets at regular intervals and were bowled out for 126 runs in 46.5 overs.

Anneke Bosch made the highest 63 runs while Andre Steyn (12) and Nondumiso Precious Shangase (11) were the other two batters who reached the two-digit mark.

Meanwhile, Bangladesh Cricket Board officials informed that they postponed the fifth and final match scheduled on Tuesday as the country will go into complete lockdown from April 14 for a week.

“Both the boards agreed to abandon the last game due to the lockdown and they will fly tomorrow (Monday),” said BCB women’s wing head Nadel Chowdhury.

Bangladesh team earlier won the first two games by 54 runs and seven wickets respectively before they completed the series win in the third match by winning the game by six wickets.