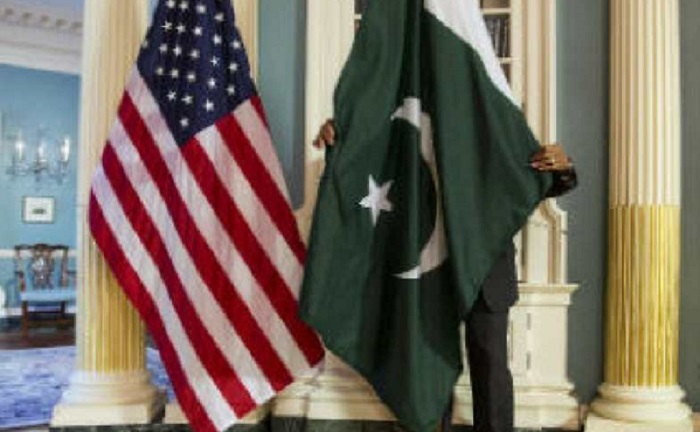 The United States has imposed sanctions on a Pakistan-based human smuggling organization, accusing it of being involved in smuggling migrants to the United States, including foreign nationals that may pose a national security risk.

The US Department of the Treasury's Office of Foreign Assets Control (OFAC) on Wednesday designated Pakistani national Abid Ali Khan and the Abid Ali Khan Transnational Criminal Organization (TCO) which the Treasury accused of being "a prolific human smuggling organization," as well as three people and one entity associated with the organization.

"According to court documents, between January 2015 and December 2020, Abid Ali Khan, 40, allegedly organized, led, and worked, with others in his Pakistan-based smuggling network to facilitate the travel of undocumented individuals to the United States," the Justice Department said in a release, as reported by Sputnik.

On Wednesday, a federal grand jury in the Eastern District of Virginia returned an indictment while the Treasury Department's Office of Foreign Assets Control announced sanctions against Khan, his "Transnational Criminal Organization" and three of Khan's associates. The sanctions require the blocking and reporting of all their assets in the US and prohibit all dealings with them by US persons.

"In addition to the national security concerns, the practice of smuggling-for-profit and the facilitation of fraudulent documentation undermines the credibility of the US asylum system, damaging public confidence in the vetting process, and jeopardizing access to protection for vulnerable persons fleeing conflict, famine and persecution," the Treasury Department said in the release according to Sputnik.

Khan's network coordinates the smuggling of foreigners to the United States for an average cost of approximately USD 20,000, which included fees to procure fraudulent or counterfeit documents and make payoffs to corrupt officials, according to the Treasury Department.

"Treasury's designation of this human smuggling organization as a significant Transnational Criminal Organization is an important step, taken alongside our partners, towards disrupting Abid Ali Khan operations based in Pakistan and around the world," said Andrea Gacki, Director of the Office of the Foreign Assets Control.

She added: "The Abid Ali Khan TCO should not be allowed to prey on the vulnerable and take advantage of the U.S. financial system."

The Treasury Department also said that the Abid Ali Khan TCO often provides travellers with fraudulently obtained passports from different countries to facilitate his clients' global movement and smuggling to the United States.

The Abid Ali Khan TCO frequently utilizes a common route of travel that begins in Pakistan or Afghanistan, transiting through certain South and Central American countries before arriving at the southern border of the United States. (ANI)