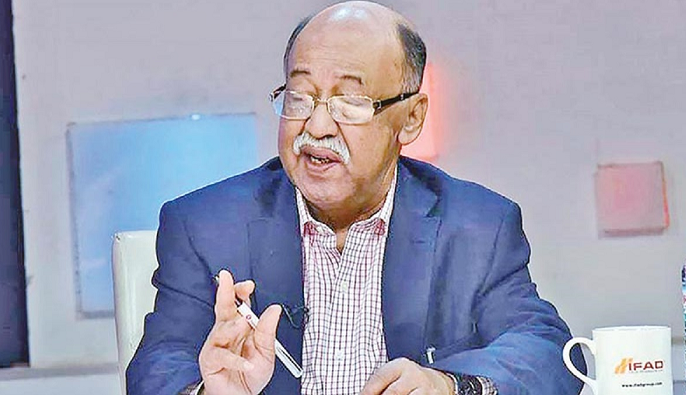 “Throughout the year, BSTI conducts mobile court and surveillance drives across the country. BSTI has strengthened its drives ahead of Ramadan to prevent the production of adulterated foods,” he said in a virtual media briefing in the city, said a press release.

Apart from Dhaka city, Humayun said the anti-adulteration drives would simultaneously be conducted at different upazilas across the country.

The minister said that regional offices of the BSTI would conduct anti-adulteration drives at the district and upazila levels.

Humayun also said BSTI has already collected samples of 661 food items, largely consumed during the fasting month of Ramadan, from the markets for tests to ensure their qualities and check adulteration.

“We have already received the reports of 661 samples. Out of the samples, 438 have been found okay,” he added.

He said BSTI will monitor the bottled water factories across the country through high-powered surveillance teams aimed at ensuring safe drinking water during the Ramadan.

“BSTI conducted a total of 73 special mobile courts from March 2020 to March 2021 for ensuring quality food. During the period, around Taka 25.76 lakh was realized as fine and 10 factories sealed,” he added.

The minister further said that businessmen involved with food adulteration should abstain from the malpractice as it could also harm their own family members.

Mentioning that BSTI conducted a total of 476 mobile courts till March 2021 from March 2020, the industries minister said during this period, nearly Taka 3.92 crore has been realized as fine.

Besides, some 45 organisations have been sealed on the charges of adulteration, he added.

Humayun also informed that the country has adequate storage of sugar and salt.

He said the maximum retail price of per kg sugar has been fixed at Taka 63 at the sugar mill gate while the selling price of per-kg packet sugar is Taka 68 in the truck-sale programme.