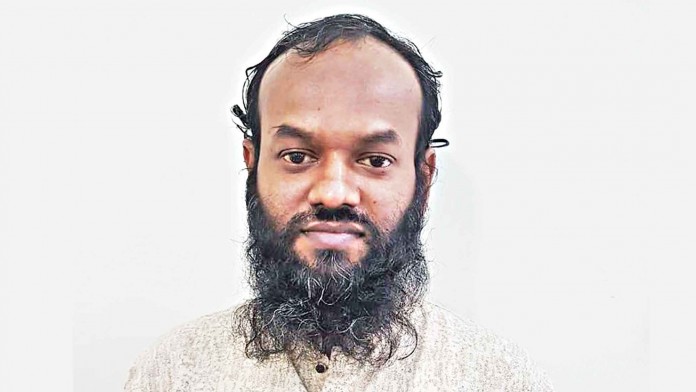 A Dhaka court on Sunday placed Rezaul Haque aka Reza, acting ameer of banned militant outfit Jama'atul Mujahideen Bangladesh, on a seven-day remand in a case filed under the Anti-Terrorism Act.

Dhaka Metropolitan Magistrate Moinul Islam passed the order after police produced him before the court seeking 10-day remand in custody.

He also goes by the name Tanvir Mahmud Shihab aka Ahnaf.

Reza is also the chief of the Da’wah and Baitulmal department of JMB.

He was conducting JMB activities across the country as per the directives of top JMB leader, fugitive Salahuddin Salehin.

He was arrested for involvement in a series of bomb attacks in the country in 2005 and rejoined the party after securing bail in 2017.

There are two cases against him in GRP and Airport Police Station.

According to the CTTC, Amir Rezaul, who is in charge of the current organizational structure of the JMB, is the only Shura member of the JMB.