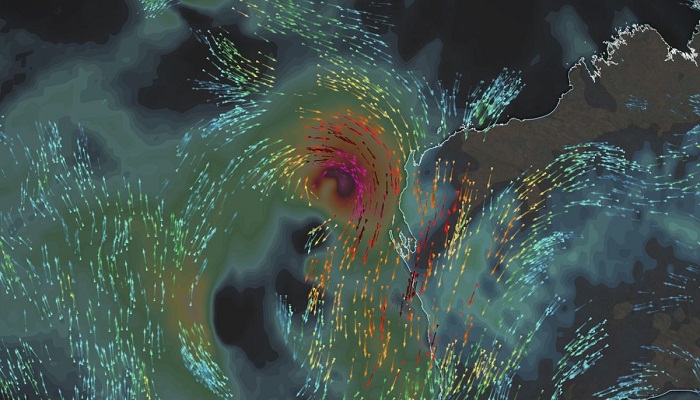 Western Australia is bracing for Tropical Cyclone Seroja, which is set to make landfall on Sunday evening.

Seroja is expected to bring widespread impacts across the region Sunday evening local time and overnight as it progresses southeastward over land.

Thousands of people were displaced, and more than 100 homes were severely damaged when the cyclone hit that country.

"A short period of intensification is forecast over the next 12 hours as the system moves into a more favorable shear environment," the Joint Typhoon Warning Center cautioned on its website.

"People on the coast between Coral Bay and Lancelin should prepare now for a period of destructive winds that could cause significant damage to homes and property, and heavy rain that could lead to flash flooding," the Bureau of Meteorology warned in a tropical cyclone watch issued Friday.

Residents along the western coast should also be prepared for dangerous surf, coastal erosion and storm surge.

In 2015, Tropical Cyclone Olwyn brought heavy rain and strong winds to many of the same areas expected to see impacts from Seroja.