Prince Philip: UK PM Johnson will not attend the duke's funeral, No 10 says 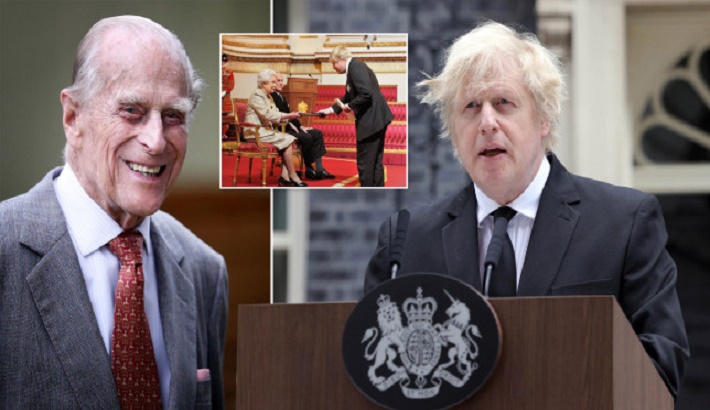 UK Prime Minister Boris Johnson will not attend the Duke of Edinburgh's funeral next Saturday in order to allow "as many family members as possible" to go amid coronavirus restrictions, No 10 has said.

Only 30 people - expected to be the duke's children, grandchildren and other close family - can attend the funeral at St George's Chapel, Windsor.

The public has been asked to stay away.

The Prince of Wales paid tribute to his "dear papa" on Saturday, saying he will be missed "enormously".

Speaking from his Highgrove home in Gloucestershire, Prince Charles said his late father was a "very special person who... above all else would have been amazed by the reaction and the touching things that have been said about him".

The prince said he and his family were "deeply grateful" for this, adding: "It will sustain us in this particular loss and at this particularly sad time."

The duke died at Windsor Castle on Friday, aged 99.

A remembrance service will be held for him at Canterbury Cathedral later this morning.

Funeral arrangements for next weekend, which Buckingham Palace said "very much" reflect Prince Philip's wishes, have been adapted in light of the coronavirus pandemic.

The televised service will be a ceremonial event rather than a large state affair usually associated with the death of a monarch.