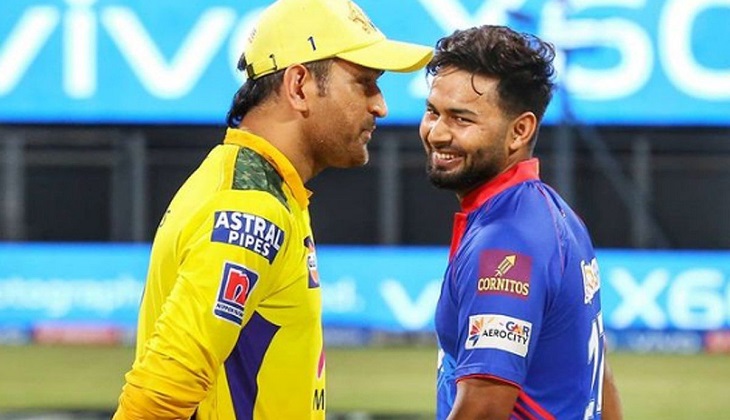 Delhi rode on a 138-run opening stand between Shikhar Dhawan (85) and Prithvi Shaw (72) to chase down their target of 189 with eight balls and seven wickets to spare in Mumbai.

The 14th edition of the popular Twenty20 tournament is being played behind closed doors with the country witnessing a surge in the Covid pandemic.

The 23-year-old Pant, who was once an understudy to Dhoni and has now cemented his role as India's premier wicketkeeper, hit the winning runs in his first outing as T20 captain.

"It was good, once you win the match everything is good," Pant said after the win.

"In the middle, I was under pressure, but good job from Avesh (Khan) and the bowlers."

On walking out to toss with Dhoni, Pant said, "Actually, it was special for me captaining in the IPL and toss with MS. I have learnt from him and he's my go-to man. Good feeling"

Returning Chennai batsman Suresh Raina, who left the team due to personal reasons ahead of last year's edition in the United Arab Emirates, top-scored with 54 as Chennai posted 188-7 after being put into bat first.

Dhoni was bowled for a second-ball duck but England players Moeen Ali (36) and Sam Curran (34) contributed with the bat for three-time champions Chennai.

Shaw, who made 72, recently topped the batting chart in India's 50-over domestic competition with 827 runs in 8 matches for winners Mumbai.

Dhawan departed after smashing 10 boundaries and two over the fence hits in his 54-ball knock.

Pant, who was named captain after regular skipper Shreyas Iyer was ruled out of this IPL season with a shoulder injury, hit an unbeaten 15.

"He kept his calm and will only get better with time," man of the match Dhawan said of his young captain.