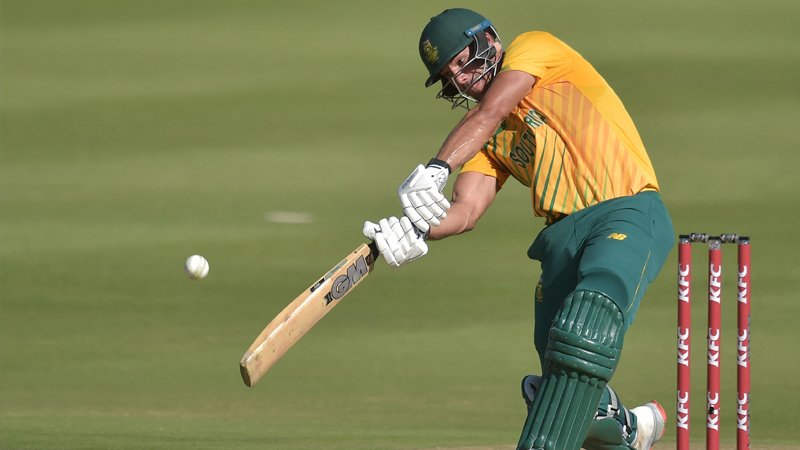 South Africa won the toss and decided to bat in the first Twenty20 international against Pakistan at the Wanderers Stadium in Johannesburg on Saturday, setting the visitors a target of 189 runs

Heinrich Klaasen, who is captaining South Africa in place of the injured Temba Bavuma, led from the front with a half century from 28 balls.

Opener Aiden Markram was the highest scorer for the Proteas, scoring 51 runs from 32 balls before he was caught behind off spinner Mohammad Nawaz.

Nawaz and Hasan Ali picked up two wickets a piece, with Shaheen Afridi and Haris Rauf also bagging a wicket each.

South Africa ended the innings with a huge six from Sisanda Migala as the visitors picked up 14 runs from the final over, settling at 188/6.

Earlier, after the toss, Klaasen said he expected the pitch to be at its best in the first innings.

“It looks quite dry. Hopefully it will crumble a bit later.”

Pakistan included two players, Haider Ali and veteran Mohammad Hafeez, who were not part of their winning one-day international team in a series which ended on Wednesday.