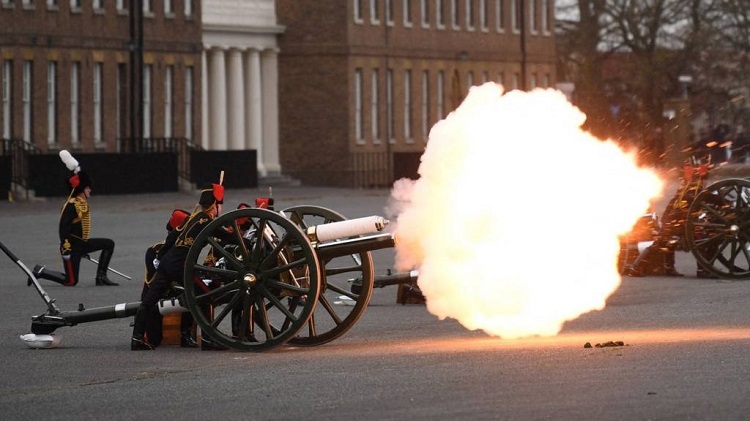 Gun salutes have been fired across the UK, in Gibraltar and at sea in memory of the Duke of Edinburgh

They were fired in London, Edinburgh, Cardiff and in County Down, as well from Royal Navy warships

But a long queue of people has been waiting to leave flowers at Buckingham Palace, placing them at the gates one by one to avoid crowding due to Covid-19

Flowers have also been left outside Windsor Castle

But the Royal Family has opened a book of condolence online