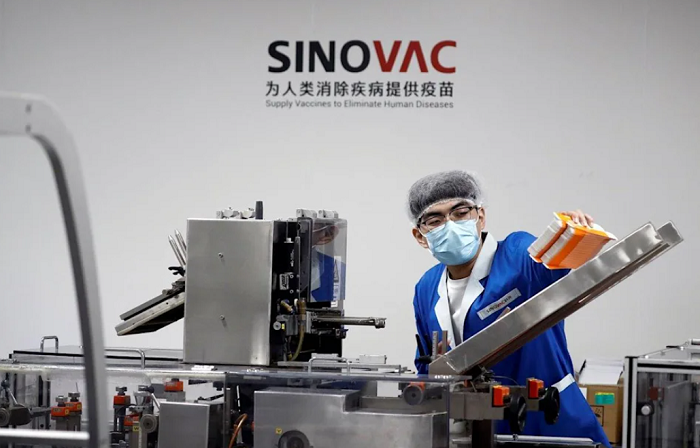 Pakistan has approved the emergency use of the third Chinese vaccine, despite its low efficacy rate, as the country struggled to contain the spread of the coronavirus. The Drug Regulatory Authority of Pakistan (DRAP) on Thursday granted Emergency Use Authorisation (EUA) to CoronaVac, developed by Chinese company Sinovac Biotech, officials said on Saturday. “This is the third Chinese vaccine allowed to be used in Pakistan,” a DRAP official said, adding that the country now has five approved COVID vaccines.

Pakistan has already granted the EUA to China’s two-dose Sinopharm and single-dose Convidecia vaccine developed by the Cansino Biologicals Inc. UK’s AstraZeneca and Russian Sputnik V vaccines have also been approved by the DRAP. So far, Sinopharm vaccines are being administered in most of the government hospitals, while majority of the private sector hospitals are giving Sputnik shots.

The newly approved CoronaVac vaccine has reportedly low efficacy rate, but the government allowed its emergency use to broaden its vaccination drive which remains low. The vaccination drive began on February 2. However, only a little over one million doses have been administered so far. According to a Geo News report, the CoronaVac vaccine, despite its low efficacy rate was allowed by the health authorities to counter the third wave of the pandemic in Pakistan. The CoronaVac vaccine is already being used in China, Turkey, Indonesia, Brazil and the Middle East. The approval of the new vaccine came as the number of coronavirus cases continue to pile up in the country.

With the detection of 5,139 new cases in the last 24 hours, the nationwide coronavirus tally now stands at 715,968, according to the health ministry. The death toll reached 15,329 with 100 more patients succumbing to the viral infection overnight, it said, adding that some 4,204 patients are in a critical condition. The positivity rate was also high at 10.47 per cent, the ministry said.