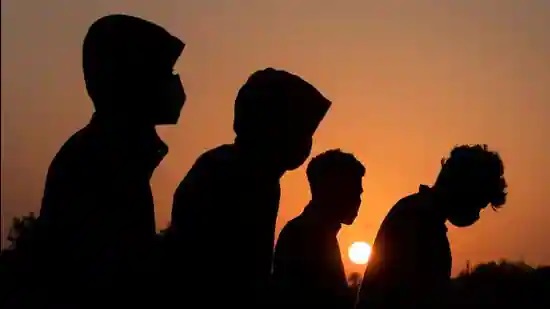 The US treasury department on Wednesday sanctioned a Pakistan-based transnational human smuggling network that brought in an unspecified number of migrants illegally since at least 2015 - some of whom could pose a national security risk.
The sanctions pointed to the possibility of a previously unnoticed South Asian route. The Pakistan-based network, with links to Afghanistan, appears similar to the one operating out of India, which is referred to as the “game” because of the risk of discovery and deportation.
They seemingly use similar routes through South American and Central American countries, costing clients ₹25-30 lakh each ($33,596-$40,305) - $20,000 for the Pakistani route, according to the US treasury.
Pakistani national Abid Ali Khan is the key figure sanctioned by the US treasury department along with his network, the Abid Ali Khan Transnational Criminal Organisation (TCO).
Afghan national Redi Hussein Khal Gul served as Khan’s secretary and Pakistanis Shakeel Karim and Mohammed Choudry Ikram Waraich, who is based in West Asia, took care of the country-hopping travel.
Businesses, schools, theatres and sports facilities have been forced to shut and gatherings are banned during the month of Ramadan that begins on Wednesday. In picture - Shops closed in Tehrans Grand Bazaar.
“Treasury’s designation of this human smuggling organisation as a significant Transnational Criminal Organisation is an important step, taken alongside our partners, towards disrupting Abid Ali Khan’s operations based in Pakistan and around the world,” said Andrea Gacki, director of the office of foreign assets control.
Top homeland security agent in Miami, Anthony Salisbury, who led the investigation, said the Abid Khan network is “exploiting systemic vulnerabilities in order to move people with nefarious motivations into the United States and elsewhere”.
The Abid Khan network, run since 2015 according to the US treasury department, started operating in Pakistan and Afghanistan. No specifics were cited about the exit route, nor anything about how the migrants were transported to South America for long and arduous journey over land to the US.
“The Abid Ali Khan TCO frequently utilises a common route of travel that begins in Pakistan or Afghanistan, transiting through certain South and Central American countries before arriving at the southern border of the United States,” the US treasury department said in the sanction’s announcement.
There is a possibility that Pakistani and Afghan clients of this network could be following a route also used by Indian smugglers.
A farmer from Punjab who played the “game” in 2013 for ₹26.5 lakh ($35,596), told HT earlier that he and his group “first flew to Dubai and then to Moscow in Russia”. They never left the airports in both cities.
From Moscow, they flew over the Pacific to El Salvador, where Indians can get visas on arrival. It could not be immediately ascertained if this is true also for the Pak-Afghan smuggling route.
From the landing point of choice in South America, the trail for Indians takes a somewhat established path. Another Indian migrant who could not pull it off, said he had first landed in Brazil, from where he had worked his way up north through Bolivia, Peru, Ecuador, Columbia, Panama and Costa Rica.
Human smuggling of this kind is known to be a lucrative business. “Based on migrants’ accounts of how much they paid smugglers, media reports have estimated Latin American smuggling networks generate at least $150 million and as much as $350 million a year - not counting payments to corrupt officials, local agents or others on the US-Mexico border who exploit the desperation of migrants,” the US treasury department said.
Source:  hindustantimes.com