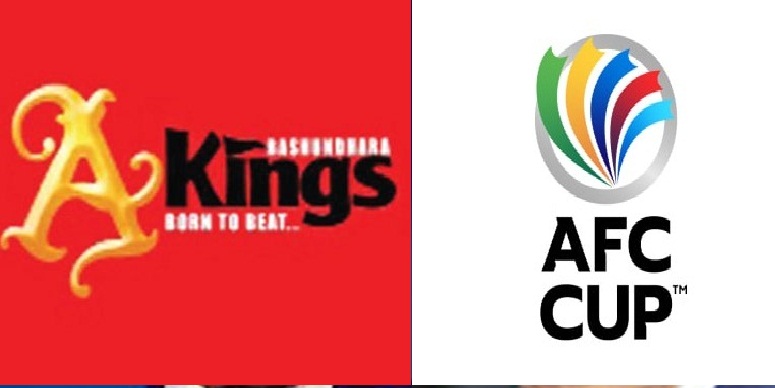 No Bangladeshi club is yet to qualify in the AFC Cup final which also gives a chance to enter into the AFC Champions League; the highest club football tournament in Asia.

Dhaka Abahani Limited played in the Inter-zone play-off semi-finals against North Korean club April 25 SC in AFC Cup 2019 which is so far the highest achievement by any Bangladeshi side in the tournament.

The preliminary play-off matches of AFC Cup this season already started and Kings get boosted up to create another history in Bangladesh football after making a formidable side for the tournament.

Kings have a great chance this year with their all four foreigners -- Raul Becerra, Jonathan da Silveira Fernandes Reis and Robson Azevedo da Silva Robinho and Khaled Shafiei -- are in excellent form and can be threats to any opposition.

Local Bangladeshi players are also in good touch and the overall performance helped Kings retain the Federation Cup title while they ended the first phase of BPL unbeaten with 11 wins and one draw to extend their unbeaten run to 17 matches this season.

The Nigeria-born forward Kingsley, who recently obtained Bangladeshi citizenship through naturalization, has been playing in different top tier Bangladeshi clubs since 2011.

On the other hand, Obaid, a footballer from Doha Aspire Academy, played for Al-Duhail Sports Club, an outfit from the top tier Qatari league named Qatar Stars League, for two years.

Kings have already completed their registration for the second phase of BPL and the club President Imrul Hassan is hopeful of continuing the same form in the upcoming matches.

“Kingsley is a good player. We all know about his performance level. Kingsley will play in AFC if he gets his passport by this time,” Imrul told The Daily Sun on Friday.

“Nuab (Obaid) is on trial. He has been playing with the team for the last 14 to 15 days. I've seen his practice. He is good. I hope the coach will play him several matches in BPL ahead of the AFC,” he added.

Kings’ head of strategy and planning Bayazid Alam Zubair Nipu said that both of the players needed to showcase their worth to get a chance in the playing XI.

“Both of them are doing well. But we have some other options on their positions so they have to prove their worth to secure positions in the first XI. Nuab (Obaid) has come with a knee injury. But he is now well,” he said.

The second phase of BPL is expected to start after April 17 if the situation of the coronavirus improves in the country while Kings’ AFC Cup matches will be held on May 14-20 in Maldives.

Kings will take on Dhivehi Premier League (Maldives) champions Maziya Sports and Recreation Club in their first Group D (South Asia Zone) match of AFC Cup 2021 on May 14 at National Football Stadium while they will face the winners of play-offs South Asia on May 17 and Indian Super League team ATK Mohun Bagan on May 20, all at the same venue.