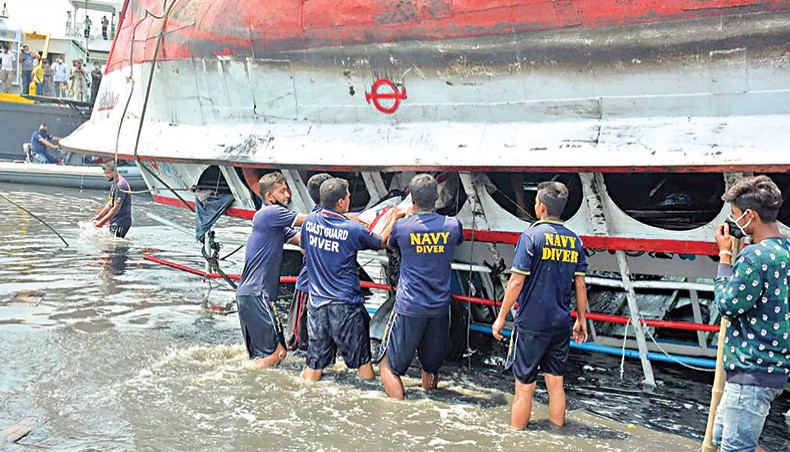 A Narayanganj  ourt on Friday placed five out of 14 arrested in connection with the Sitalakkhya launch capsize on a 2-day remand each.

The court also sent the nine other accused to jail.

On April 4, 34 people were killed after a launch named MV Sabit Al Hasan capsized in the Shitalakkhya river after it was hit by MV SKL-3.

Coast Guard members arrested the 14 accused and seized the vessel MV-SKL-3 and handed them over to Narayanganj naval police on Thursday. They were shown arrested in the case filed by the BIWTA and produced before the court today.