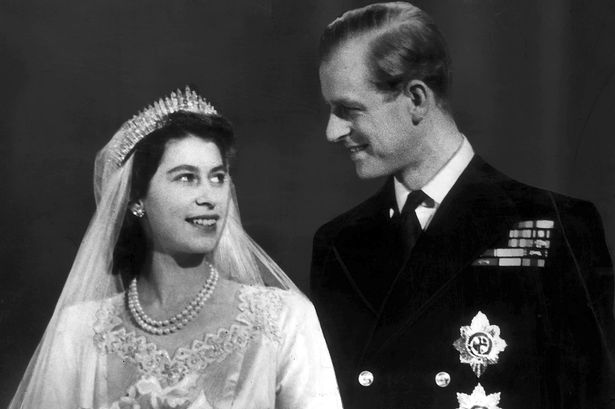 Here are five snapshots of Prince Philip’s life, from his nomadic upbringing through World War II and becoming the British royal family’s patriarch

Prince Philip was born in Corfu on June 10, 1921, the son of prince Andrew of Greece. His family was forced into exile in 1922 and settled in Paris.

He went to a US school in Paris, Cheam in England in 1928, Salem in Germany in 1933 and finally Gordonstoun in Scotland, known for its focus on self-reliance.

Aged 10, his immediate family was gone and he went years without seeing individual members.

His father went to live in the south of France with his mistress and his mother was sent to a sanatorium.

His four sisters all married German princes within nine months of each other. Cecile was killed in an air crash in 1937.

Once listing himself as of “no fixed abode!”, home was “wherever I happened to be”, he recalled.

“It seemed to be perfectly normal, as far as I was concerned. How could I compare it with anything else?”

Prince Philip joined Britain’s Royal Navy in 1939, graduating from Dartmouth naval college as the best cadet in his year.

He was mentioned in despatches for his role in the 1941 Battle of Cape Matapan off the Greek coast, controlling his ship’s searchlights to illuminate the enemy. It was Italy’s worst naval defeat.

Second in command on HMS Wallace, he was involved in the Allied invasion of Sicily in 1943, saving the destroyer from an aerial night attack by launching a raft with smoke floats as a decoy.

He was in Tokyo Bay for the 1945 Japanese surrender on the USS Missouri, 200 yards away.

In the 1950s, he commanded his own frigate HMS Magpie and was posted to Malta.

He was tipped to reach the very top of the navy before his wife’s accession to the throne curtailed his career.

Prince Philip carved out his own role as consort, embracing the latest developments in science and technology as he tried to encourage industrial progress.

In 1957 he presented a TV programme, “The Restless Sphere”, on the geophysics of the planet.

In 1961 he was the first member of the royal family to give a TV interview in which he warned about the decline of technical skills.

His most dramatic move was commissioning the 1969 documentary “Royal Family”, which let the cameras in on the Windsors’ home life.

It was seen by 350 million people worldwide but for some it destroyed the mystique, showing them sitting watching TV, barbecuing, and, in a first, speaking among themselves.

He initiated the Royal Academy of Engineering and has design and engineering awards named after him.

An early activist for conservation, he led the World Wide Fund for Nature (WWF) from 1981 to 1996.

The prince also ran the family homes, bringing in modernisations.

He sent his three sons to Gordonstoun, thinking it would toughen them up. Prince Charles openly hated it, seeing it as a prison sentence.

He was accused of being insensitive towards Charles’s first wife Diana, but his 1992 letters to her, while frank about the difficulties in their marriage, were sympathetic and filled with advice aimed at reconciliation.

“I admire you for the marvellous way in which you have tried to come to terms with this intensely difficult family problem,” she wrote.

He urged her young sons Princes William and Harry to walk behind her coffin and offered to walk with them as a reassuring presence.

In his later years, Prince Philip developed a reputation as a cantankerous oldie forever putting his foot in it with undiplomatic remarks and backfiring wisecracks.

His off-the-cuff comments were designed to lighten the nerves of people meeting the royals.

In politically-correct times, his jokes and forthright interjections were interpreted as gaffes rather than witty one-liners.

Eventually he was embraced for his irascibility and twinkly mischief as much as he was castigated for it.