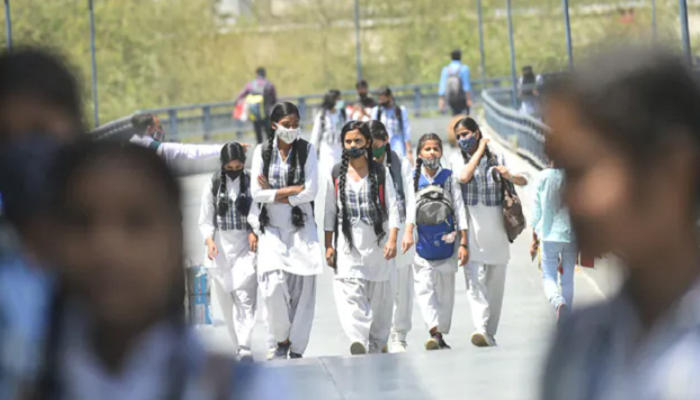 All schools and colleges will be closed in Delhi given the huge rise in coronavirus cases in the capital, along with other parts of the country, Chief Minister Arvind Kejriwal announced on Friday.

Several states and territories including Delhi have announced new restrictions such as night curfews amid a new wave of COVID-19 that has pushed infection numbers to record highs. On Thursday, the daily case count in the capital breached the 7,000-mark for the first time this year.

Most of the classes were already suspended in Delhi but students from Class 9 through 12 were attending school if permitted by their parents because of their board exams.

The Central Board of Secondary Education (CBSE) which governs thousands of schools across the country has faced criticism from the opposition for going ahead of the exams despite the spike.

"It is downright irresponsible of boards like the CBSE to force students to sit for exams under the prevailing circumstances. Board exams should either be cancelled, rescheduled or arranged in a manner that does not require the physical presence of children at crowded exam centres," Congress leader Priyanka Gandhi Vadra said on Twitter.

Usually, practical exams are conducted in January and written exams begin in February and conclude in March.

There have been demands from students for holding online examinations and over one lakh students have already signed a petition to the CBSE for the cause.

CBSE officials, however, said as per COVID guidelines, exam centres across the country have been increased by 40-50 per cent to ensure social distancing among students.