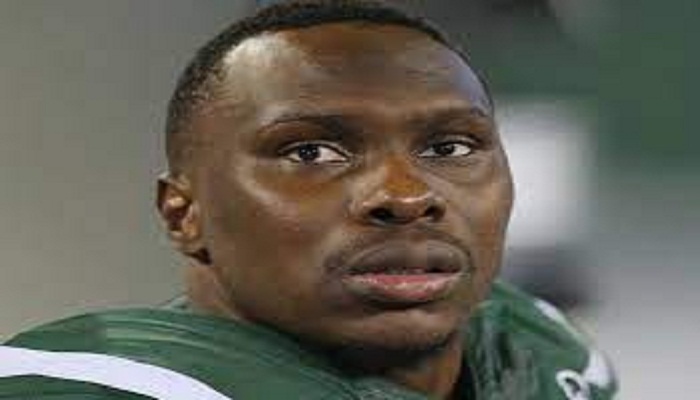 At least five people are dead, including two children, in what police in York County, South Carolina, called a “case of a mass shooting” committed by a former National Football League player.

Four of the victims of Wednesday’s shooting came from what authorities described as a “very prominent and very well-known” family in the Rock Hill community: Robert Lesslie, a 70-year-old doctor; his wife, Barbara Lesslie, 69; and two grandchildren, Adah, 9, and Noah, 5. The fifth victim, James Lewis, 38, of Gastonia, N.C., was working at the home at the time of the shooting.

The York County Sheriff’s Office confirmed in a news release to The Washington Post on Thursday that the gunman was Phillip Adams, a former NFL player who killed himself early Thursday after an hours-long search by police. York County Coroner Sabrina Gast said Adams, 32, died of a “self-inflicted gunshot wound.” Adams is from Rock Hill.

The coroner told WCNC, an NBC affiliate in Charlotte, that Adams was found dead inside his father’s home after a standoff with police.

Adams’s father, Alonzo, told WCNC that his son had been “a good kid. I think the football messed him up.”

Alonzo Adams, who was visibly shaken while speaking to reporters, said that Robert Lesslie had been his doctor a long time ago and that “they were good folks down there. We’re going to keep them in our prayers.”

In a statement released by the sheriff’s office, members of the Lesslie family said they were still sorting through the heartbreak, shock and grief of the tragedy.

“We are truly in the midst of the unimaginable,” the family said in a statement. “The losses we are suffering cannot be uttered at this time.”

A sixth person was wounded in the shooting and taken to a hospital for “serious gunshot wounds,” York County Sheriff’s Office spokesman Trent Faris said at a news conference.

The shooting is “one of those strange things that a lot of people are going to have a hard time understanding,” said Faris.

The South Carolina attack comes on the heels of mass shootings in the Atlanta area and Boulder, Colo., and renewed calls from lawmakers and others to ban assault weapons. On Thursday, President Biden announced a half-dozen executive actions focused on curbing gun violence, his first initiatives on guns as president.

Police responded to the scene just before 5 p.m. Wednesday after a report of a shooting with multiple victims on Marshall Road. In a 911 call published by the sheriff’s office, a man who called authorities said he heard about 20 shots fired.

In a separate 911 call, another man reported to authorities that one of his workers from his heating and air-conditioning company had called him to tell him he had been shot and that the other was unresponsive.

When police arrived, they said, they found the four family members dead inside the home and Lewis just outside.

Just after 1:30 a.m. Thursday, police announced that they had identified the person they believed to be the gunman.

“There is no active threat to the community,” the sheriff’s office tweeted.

An hours-long search for the gunman stretched into Wednesday night and early Thursday, police said. Authorities described the gunman as a young Black man wearing a hooded sweatshirt and camouflage pants.

Phillip Adams, who was drafted by the San Francisco 49ers in 2010, played for six teams over six seasons, last playing for the Atlanta Falcons in 2015. He had no previous criminal record.

The Lesslie family has been a mainstay in the Rock Hill community for 40 years, and Robert Lesslie founded Riverview House Calls & Riverview Hospice and Palliative Care. According to the medical center’s website, the doctor and his wife have four children and eight grandchildren.

At the news conference, Faris acknowledged that the doctor had cared for him growing up.

“Dr. Lesslie has been one of those people that everybody knows,” he said.

In their statement to police, members of the Lesslie family said they honored their loved ones by finding forgiveness. They also offered “prayers and compassion” for Adams’s family.

“While we know there are no answers that will satisfy the question ‘why,’ we are sure of one thing,” they said. “We do not grieve as those without hope.”