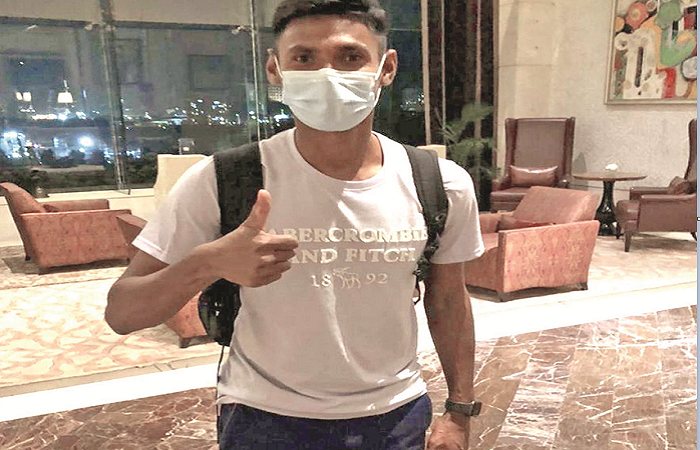 Bangladesh pacer Mustafizur Rahman feels that his taking part in the Indian Premier League will help him prepare better for the forthcoming ICC World T20 in India later this year.

Mustafizur, who was picked by Rajasthan Royals for the 14th edition of the tournament starting today, is currently completing his mandatory seven-day room quarantine in the St. Regis Mumbai with his wife.

Mumbai Indians, captained by Rohit Sharma will take on Virat Kohli-led Royal Challengers Bangalore in the 2021 opener in Chennai.

Rajasthan will start their campaign against Punjab Kings on April 12 but the chances are slim regarding Mustafizur’s taking part in their opening game considering he will have just finished the quarantine and will need some time in the nets to prepare for the cash-rich event.

“I think (playing in the IPL) will help because I could have a better understanding of the venues where the ICC World T20 will be played though I have played here. But as we will be playing at the end of the year this kind of experience will definitely help,” said Mustafizur.

“Look most of the players playing here will be playing in the World Cup. So if I play continuously or say have a look at the players from close quarters who are there in my team that will naturally help me understand their strengths and weaknesses,” he added.

The 25-year old was lucky enough as he didn’t have to bear the same criticism as his senior partner Shakib endured as his decision of playing in the IPL at the expense of the national duty put a lot of negative impact on his image.

While explaining the reason behind the decision of playing for Kolkata Knight Riders in the IPL, Shakib echoed the same that he decided to play in the IPL to prepare for the global T20 event, scheduled in India in October.

Mustafizur had previously declared that he considers playing for his country more than anything else and he will skip the IPL if he is included in the Test series squad against Sri Lanka later this month.

However, Bangladesh Cricket Board selectors informed that the left-arm pacer was not in their Test plan against Sri Lanka and they let him play in the IPL.

Mustafizur, who is the premier bowler of the Tigers in the limited-over matches, however, keeps his eyes on the ODI series against the same team from May 20 at home and promised to give his best.

“I’d be done with the IPL by the time when Sri Lanka will visit Bangladesh for the ODI series and I’m hoping to give my best there,” he concluded.