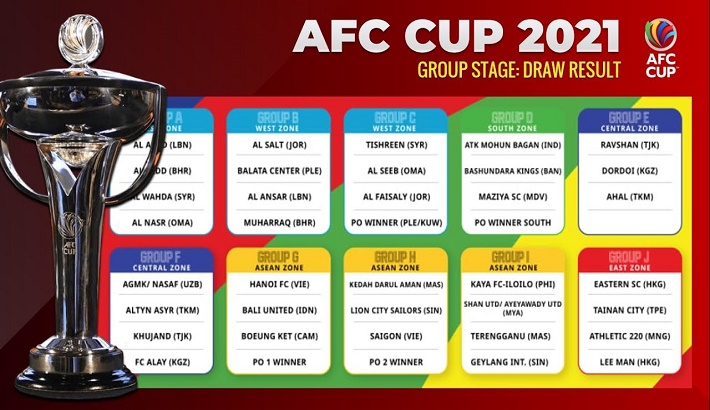 Dhaka Abahani Limited got clearance from the health ministry to host their AFC Cup qualifying play-offs (preliminary round 2) against Club Eagles from Maldives on April 14, a Bangladesh Football Federation official confirmed on Thursday.

“We have talked with the health ministry regarding this issue and they have allowed us to host the match on that day,” BFF General Secretary Abu Nayeem Shohag said.

“AFC will not postpone or change the date and venue. The game must be played on that day because the final of play-offs in South Asia on April 21 and the Group D matches start in May,” he added.

Dhaka Abahani team manager Satyajit Das Rupu said that they are ready to host the game.

“We have no problem playing the game on that day. We have talked with the health ministry. The touring team will arrive here on April 11 or 12. We are ready to host the game,” he said.

Abahani earlier on Monday officially informed AFC about their inabilities to host an international match during the ongoing lockdown and travel restrictions in the country but AFC remained adamant about their previous decision.