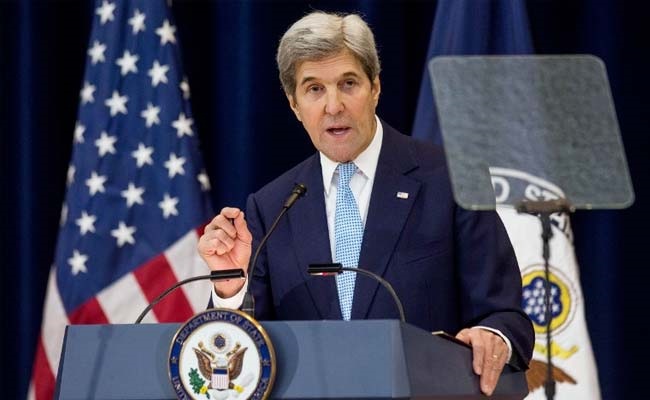 United States Special Presidential Envoy for Climate John Kerry will arrive in Dhaka on Friday  as part of his first Asia tour, for consultations on increasing climate ambition ahead of a climate summit that Washington will host this month.

US President Joe Biden will host Leaders Summit on Climate on April 22-23 and the 26th Conference of the Parties (COP26) to the United Nations Framework Convention on Climate Change later this year.

The US President has invited 40 world leaders, including Prime Minister Sheikh Hasina for a virtual leaders' two-day summit on climate starting from April 22.

This is meant to mark the US's return to the front lines of the climate crisis fight, after former President Donald Trump disengaged from the process.

This will be the US Special Presidential Envoy for Climate's first trip to Asia since taking office early this year.

Prior to visit Bangladesh, Kerry travelled to UAE and India beginning April 1 when he tweeted "Looking forward to meaningful discussions with friends in the Emirates, India, and Bangladesh on how to tackle the climate crisis".

Kerry will call on Prime Minister Sheikh Hasina and will hand over the US President’s invitation to the Bangladesh Prime Minister in person to attend the "Leaders Summit on Climate" to be held on April 22-23.

Official sources said during meetings with John Kerry, Dhaka will its priority issues on the climate front and share the initiatives Bangladesh has already taken.

The government leaders will also convey the message to Kerry that adaptation is not enough and there has to be mitigation and Bangladesh needs support in this regard. Dhaka will also call the countries responsible for the crisis should share responsibility of rehabilitating and protecting people from the river erosions caused by climate change.

According to official sources, John Kerry will come from India and is expected to arrive in Dhaka around 12 noon.

He is expected the meet the Minister for Environment and NGO representatives working in the field of climate change.

Kerry will call on Prime Minister Sheikh Hasina in the afternoon and is scheduled to depart Dhaka at 6pm Friday.

According to a statement issued by the White House has said the upcoming Leaders' Summit on Climate will underscore the urgency - and the economic benefits - of stronger climate action.

It will be a key milestone on the road to the United Nations Climate Change Conference (COP26) this November in Glasgow.

The US is expected to make ambitious new commitments to reduce its greenhouse gas emissions under the terms of the Paris climate accord soon, and will encourage others to boost their own goals.

The Paris Agreement left countries in charge of making their own promises and taking their own measurements of emission reductions but requires them to regularly revise their Nationally Determined Contributions.

The agreement's goal is to limit the increase in global temperatures by the end of the century to around 1.5 degrees Celsius above pre-industrial levels -- or risk leaving much of the planet inhospitable to life.

The United States, the world's top economy, is the second-largest emitter of greenhouse gases, which trap heat in the atmosphere.

The trip announcement comes as the administration of President Joe Biden was preparing to seek a multi-trillion dollar package from Congress to modernise ageing infrastructure, while shifting to renewable energy and electric cars.