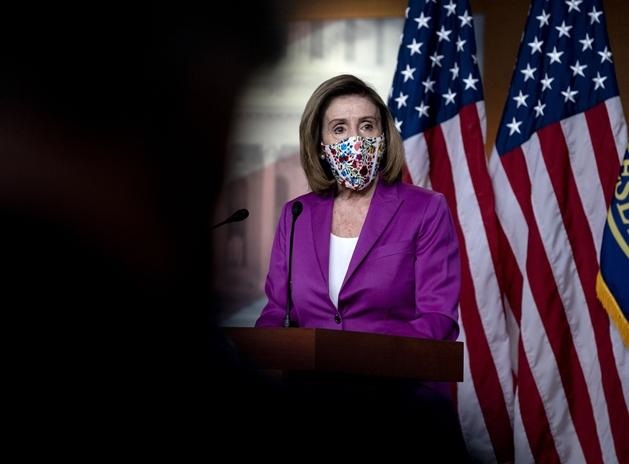 China for decades has waged a campaign to destroy Tibet's proud culture and history, House of Representatives Speaker Nancy Pelosi has alleged, asserting that the US will continue to stand with the Tibetan people and honour those who sacrificed all for their rights and freedom.

Speaking on the occasion of the 62nd anniversary of Tibetan Uprising Day on Wednesday against the Chinese occupation of the remote Himalayan region, Pelosi said, Sixty-two years ago, brave Tibetans rose up against the Chinese invasion to protect their way of life and culture. Today, we continue to stand with the Tibetan people and honour those who sacrificed all for their rights and freedom.

Tibetan men, women and children want simply to practice their faith, speak their language and celebrate their culture free from violence and intimidation. Yet, Beijing for decades has waged a campaign to destroy Tibet's proud culture and history, which remains a clarion call for action to freedom-loving people worldwide, the top Democrat said.

That is why, last year, the US reaffirmed its bipartisan, bicameral support for the people of Tibet by enacting the Tibet Policy and Support Act, which strengthens diplomatic ties between the US and the Central Tibetan Administration and makes clear that decisions regarding Tibetan religion should be made solely by Tibetan religious leaders, she asserted.

Previous US president Donald Trump in December last year had signed into law a bill which called for establishing a US consulate in Tibet and building an international coalition to ensure that the next Dalai Lama is appointed solely by the Tibetan Buddhist community without China's interference. This prompted China to warn that the act will seriously disrupt and hurt bilateral relations.

The new Joe Biden administration on Tuesday said the Chinese government should have no role in the succession process of Tibetan spiritual leader the Dalai Lama.

This year, as we mark this solemn anniversary, we continue to take inspiration from the Dalai Lama's powerful message of peace, faith and love, Pelosi said.

Guided by His Holiness's spirit of hope, we will never rest in our efforts to advance freedom and opportunity in Tibet and throughout China because if we do not stand up for human rights in China due to commercial interests, then we lose all moral authority to talk about human rights in any other place in the world. We will not be deterred in this vital mission, said the House Speaker.

The 85-year-old Dalai Lama fled to India in 1959 following a crackdown on an uprising by the local population in Tibet. India granted him political asylum and the Tibetan government-in-exile is based on Dharamsala in Himachal Pradesh since then.

China views the 14th Dalai Lama as a "separatist" working to split Tibet from China.