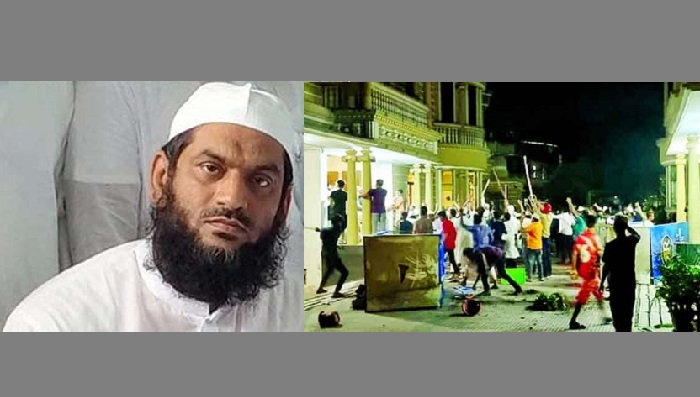 Hefazat-e-Islam's Joint Secretary General Mamunul Haque and other leaders and activists have been sued for attacking Sonargaon Royal Resort.

Around 500-600 unnamed people have been implicated in the cases.

Of the cases, two were filed by police and the other by journalist, confirmed Mohammad Zayedul Alam, Superintendent of Police in Narayanganj.

The resort came under attack within a few hours into confinement of Hefazat leader Mamunul Haque along with a woman on April 3.

He took the woman to the resort and faced an awkward situation.

Local people confined them while journalists and police interrogated them as to the motive.

Later, hundreds of leaders and activists of Hefazat-e-Islam and teachers and students of local madrasas attacked the resort, committed vandalism and snatched Mamunul Haque away.