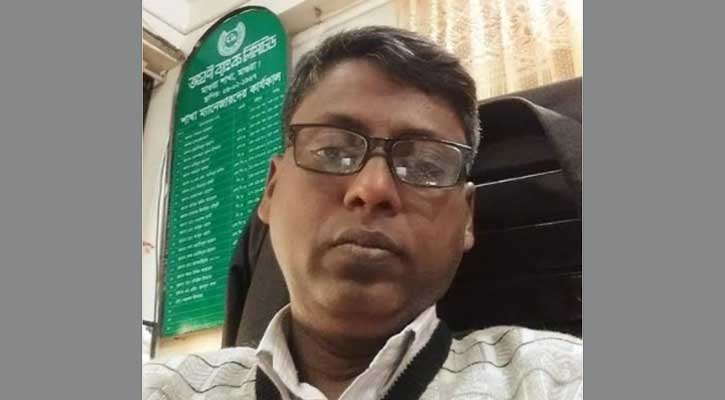 An official of Agrani Bank was killed in a head-on collision between two motorcycles near Ichakhada Bazar area of Magura on Tuesday night.

The deceased was identified as Md Nazrul Islam, hailing from Naldanga area in Kaliganj upazila of Jhenaidah.

He was an Assistant General Manager (AGM) of the main branch of Agrani Bank in the district.

Abdul Gafur Mollah, second officer of Magura Agrani Bank, said the motorcycle collided with another bike coming from opposite direction on which the banker was riding to go to his home after finishing his office duty, leaving him seriously injured.

Later, the injured was taken to Magura 250-bed Hospital but doctor of the hospital referred him to Faridpur Medical College and Hospital.

Later, he died at 8:45pm while undergoing treatment there.