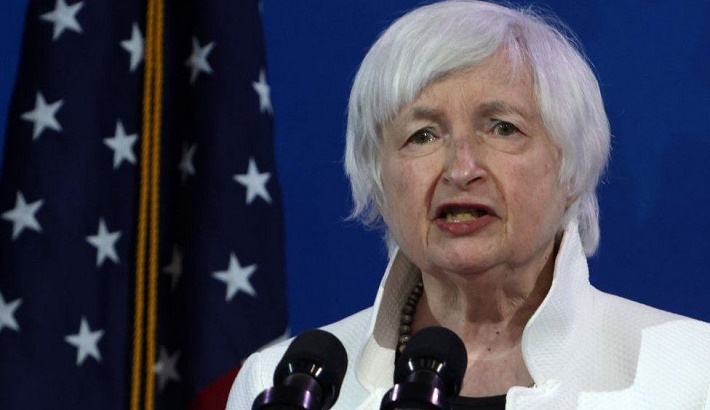 "America first must never mean America alone," she said in her first major speech on its overseas economic policy.

She also raised the issue of a global corporate tax rate.

"Together we can use a global minimum tax to make sure the global economy thrives based on a more level playing field in the taxation of multinational corporations, and spurs innovation, growth and prosperity," Yellen said during an online interview with the Chicago Council on Global Affairs.

Corporate taxes are one of the revenue-raising proposals for President Joe Biden's $2.25 trillion (£1.62 trillion) package of infrastructure and other spending announced last week.

Ms Yellen wants to halt what she described as an international "race to the bottom" by countries competing to lure corporations with lower taxes.