Domingo’s fate to be decided after hosting SL 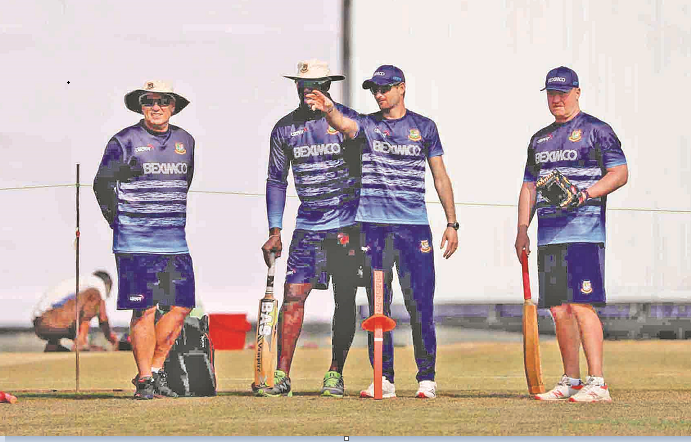 Bangladesh national team’s batting consultant Jon Lewis’s contract has been extended till their upcoming tour of Sri Lanka this month, a Bangladesh Cricket Board official informed on Monday.

“We have extended his contract till the Sri Lanka tour as we are having a back-to-back series. Afterwards, we will decide our next course of action,” BCB Chief Executive Officer Nizamuddin Chowdhury told reporters.

Another BCB official informed that the board will reassess the performances of their coaches after the completion of their limited-over series against Sri Lanka in May with their head coach Russell Domingo will be in focus after his continuous failure with the national team.

Former Durham opening batsman Lewis joined Bangladesh as their batting consultant ahead of their home series against West Indies last year and his initial contract was till the recently-concluded series against New Zealand.

Lewis arrived in Dhaka with the national team on Sunday and according to the BCB official, he will continue his role till their two-match Test tour of Sri Lanka, scheduled from mid-April.

However, McMillan was unable to take up the role after he lost his father and BCB then hired Lewis to fill in the vacant post.

Lewis also had a stint in a similar capacity with Sri Lanka earlier and later stepped in as Durham's head coach after Geoff Cook fell ill in 2013 and he led the side to Championship victory.