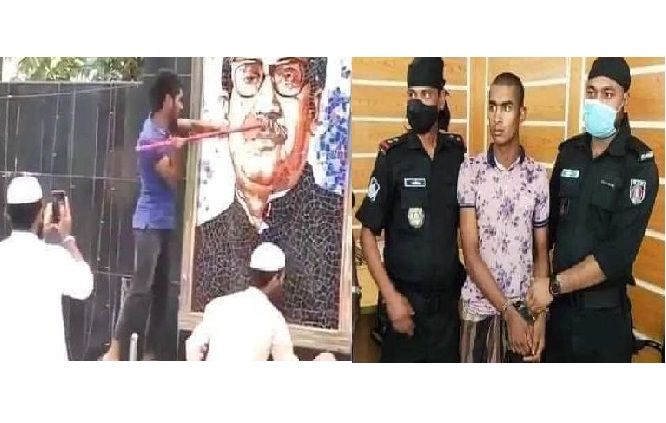 The youth, who was involved in vandalising the mural of Bangabandhu Sheikh Mujibur Rahman in Brahmanbaria during the strike enforced by Hefazat-e-Islam on March 28, has been arrested.

Members of Rapid Action Battalion (RAB) arrested Md Arman Malik, 22, of Nasirnagar upazila of the district, from the district highway area around 09:00pm on Sunday after scrutinising video footage of the vandalism.

Later, the elite force members conducted a drive in Malik’s rented house and recovered a weapon, two magazines, four rounds of bullets and a shovel from there, he said.

The RAB official said that Arman admitted to damaging the mural during preliminary interrogation.