Covid Resurgence and Our Choices 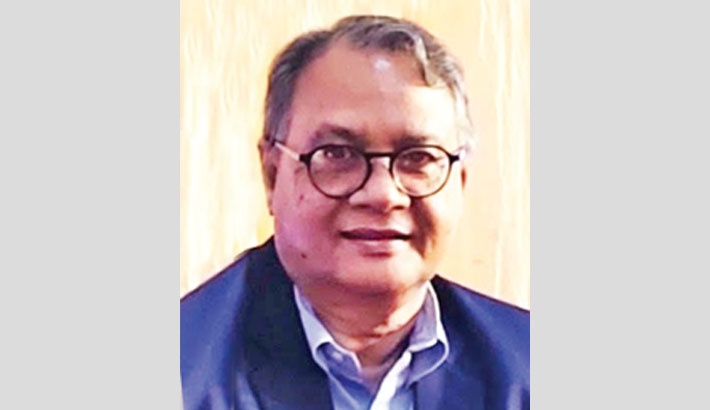 The deadly menace of Covid-19 has resurged in the country with renewed vengeance than before. However, it should not be misunderstood here that it had disappeared altogether from the surface of the world and particularly from Bangladesh. The journey with the Covid-19 has been somewhat like a rollercoaster ride for countries around the world. Sometimes, it appeared that we are about to beat or win over it with the combination of different means like clinical, health, social protocols and medical discoveries, particularly in the form of new vaccines of different types with different levels of efficacies. But the successes with them have been mixed in different countries. There has also been controversies over side effects of at least one of the vaccines that is currently been administered in different countries.

Now, a new concern has arisen as to how effective these vaccines are against different variants or strains of the coronavirus. Scientists from the very beginning are tracking changes in the virus that causes Covid-19. These are helping them understand whether certain virus variants spread faster than others, how they affect health, and how effective different vaccines might be against them. When a virus changes is referred to as a ‘variant’ of the original virus. According to a report, of all the known variants, UK (United Kingdom) variant is now causing maximum number of all Covid-19 infections in the United Kingdom and has spread to other countries including France, Denmark, the United States, India and Bangladesh. Several variants have also emerged in South Africa and Brazil that are also creating havoc. It is believed that these, especially the UK variant, are to a great extent responsible for the current resurgence of Covid-19 in Bangladesh.

Meanwhile, Covid-19 vaccination drive is going on in several countries. The pace of vaccination varies from country to country. In the developed world, the USA and the UK have made remarkable progress in vaccinating citizens. In this respect, China and Russia also performed well. The other countries like France, Germany, Italy and Spain are lagging behind compared to the progresses made by the UK and the USA. The Latin American countries also could not make much headway in vaccinating their citizens. The countries of African continent with the exception of only a handful could not even start the vaccination programs. Several reasons are mentioned to be responsible for such a dismal state of affairs with respect to vaccination drive. The most important are the non-availability of the vaccines, poor vaccine distribution planning and implementation process and apathy of a large number of people against the Covid-19 vaccination itself.

However, things have become complicated with respect to smooth supply of the vaccine as per schedule from all these sources as there exists globally a huge demand and supply gap of vaccines. The rich and powerful nations are getting hold of the supply of vaccines for their citizens at the costs of the interest of the resource poor and weak countries. It is even reported that some of the rich and powerful countries have procured more than required number of doses of vaccines for their citizens.

Under these developments, as mentioned earlier, the corona virus infections have resurged with renewed deadly vigour across the world including Bangladesh. In the last couple of months, it appeared that the onslaught of the virus has slowed down or tamed. Less and less number of people was getting infected and hospitalization rate of patients with Covid-19 reduced significantly. Bit by bit, life was getting normal in the country. The economy was gaining momentum. The social and cultural lives of the people were increasingly becoming vibrant by shaking off the fear and apprehensions caused by the deadly pandemic. People started holidaying in beaches and resorts located at different parts of the country. The city streets, markets, shopping malls and eateries started buzzing with people of all ages. But things turned upside down and for the worse in just within a week’s time. The virus infections started surging by leap and bound and crossed all earlier records. Suddenly, the hospitals became overburdened or incapable to admit Covid-19 patients for lack of beds. Medical capabilities built over the last one year to treat the patients have suddenly turned out to be inadequate to meet the current demand.

Under such circumstances, the government resorted to the harsh measure of imposing lockdown of the country for a week, from today, with certain relaxation to keep the wheels of the economy moving and save the livelihoods and lives of the citizens of the country. Now, the government needs to ensure that the lockdown is enforced fully by restricting movements of the people to the bare minimum and keep people confined to their homes. If we want to bring the situation under control, active cooperation of all is needed. The people must realize that the lockdown is clamped to save their lives preventing the spread of the virus infection. The government, on its part, also needs to revamp the hospitals with additional beds and other logistics needed to treat the increasing number of Covid-19 patients. Simultaneously, the vaccination drive must also continue in full vigour. For this purpose, all out including diplomatic efforts ought to be taken to secure the supply of the vaccines from all sources including those already purchased by the government. At the same time, the government should also come up with appropriate plans and programs to bring under some forms of safety nets the vulnerable population who will be most adversely affected by the extreme measure of lockdown.

The writer is a Professor, Department of Public Administration, University of Dhaka, Bangladesh