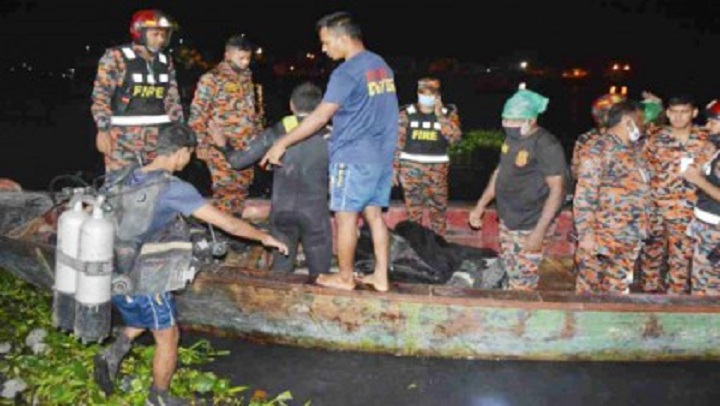 Bodies of six women, who went missing in a boat capsize in the Sitalakkhya River on Sunday, were recovered early Monday.

Dipak Chandra, Officer-in-charge of Banda Police Station, said divers managed to retrieve six bodies of women from the river around 1 am.

Over 15 people remained missing after the incident.

The rescue operation is still continuing.

The launch carrying around 50 passengers sank in the Shitalakkhya River in Narayanganj when an oil-laden tanker hit Munshiganj-bound launch ML Rabit Al Hasan around 6pm.

The launch capsized soon after the collision. Around 20 passengers managed to swim ashore.

Police said the oil tanker could not be seized as it did not stop after hitting the launch.

Besides, two probe bodies have been formed in this connection.