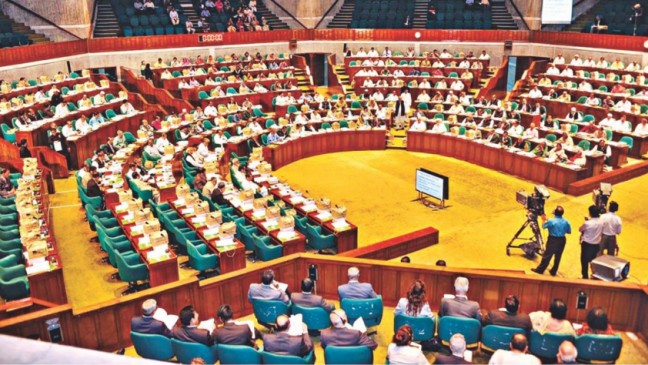 The twelfth session of 11th parliament was prorogued on Snday after a total of three sittings.

The second session of this year began on the first day this month following all the necessary health guidelines amid corona pandemic.

Speaker Dr Shirin Sharmin Chaudhury read out the prorogation order of the president.

At the closing session, a total of five bills were placed in this brief session which was ultimately wrapped up due to the intensive outbreak of the Covid-19 pandemic.

Along with the legal procedure, a total of 44 important notices under section 71 of the rules of procedure were received. During the question answer session, only 163 questions were answered by the ministers under different ministries with some 1,099 questions were received for the session.

Bangabandhu’s address on the occasion of arms handover function by Bangabandhu-freedom fighters at Dhaka Stadium on January 31 in 1972 was also displayed and broadcast at the parliament session room marking the birth centenary of Bangabandhu Sheikh Mujibur Rahman and the golden jubilee of Independence. Before reading out the prorogation order, the Speaker thanked all the MPs of treasury and opposition benches.