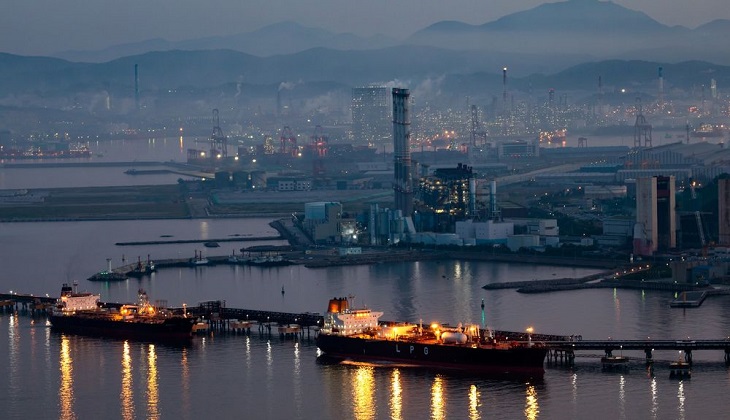 The rise of China’s mega-refineries was always going to make life tougher for their competitors across Asia. But the fallout from Covid-19 is hastening the impact and accelerating consolidation across the region.

A frenzy of refinery building in China is set to make the nation the world’s largest crude processor this year. At the same time, a drive to de-carbonize Asia’s biggest economy means demand for fuels like diesel and gasoline will decline, potentially leading to more exports from the new facilities.

That’s putting pressure on the traditionally more export-focused plants in South Korea, Singapore and Taiwan that are trying to cope with depressed demand due to the pandemic and the longer-term transition away from fossil fuels. Refineries in places like Australia and the Philippines that lack the size and sophistication to make them competitive are closing altogether.

“China is indeed set to dominate new refining additions and product exports are likely to increase” and will compete quite aggressively with output from other Asian refiners, said Michal Meidan, director of the China Energy Programme at the Oxford Institute for Energy Studies. Much will depend on how quickly Beijing liberalizes trade and prices including domestic export quotas, she said.

China’s refining capacity has nearly tripled since the turn of the millennium and the International Energy Agency forecasts it will overtake the U.S. this year. Crude processing will climb to 1 billion tons a year, or 20 million barrels per day, by 2025 from 17.5 million barrels at the end of 2020, according to China National Petroleum Corp.’s Economics & Technology Research Institute.

Sinopec started operations at its 10-million-ton a year Zhongke plant last June. That was followed in November by the first phase of private processor Zhejiang Petrochemical and Chemical Co.’s enormous Zhoushan facility near Ningbo, which has a capacity of 20 million tons that’s set to double when the final stage is finished. Another 36 million tons of capacity will be added late this year when CNPC and Shenghong Group open plants.

Beijing currently regulates how much fuel its refiners can export, but they’ve still been able to flood Asia with product this year amid weak domestic demand due to a virus-impacted Lunar New Year travel season. Diesel shipments were around 1.9 million tons in the first quarter, including provisional data for March, or 36% higher than last year, according to energy intelligence firm Vortexa. Gasoline exports are likely to be up around 25%, it said.

Singapore, Malaysia and the Philippines are the top destinations for these Chinese cargoes, followed by Hong Kong and Australia, according to Serena Huang, lead market analyst at Vortexa. Some of the gasoline and diesel cargoes that were sent to Singapore and Malaysia in February and March are likely to be re-exported to other Southeast Asian countries, she said.

That’s weighing on plants in those countries and also cutting into export markets for merchant refiners in South Korea, Singapore and Taiwan that are dependent on overseas demand. SK Innovation Co., Korea’s biggest refiner, was operating at only 60% to 70% of capacity in February, while the nation’s other three processors were at higher levels, according to traders who asked not to be identified as the information is private. Taiwan’s Formosa Petrochemical Corp. is running its plants at about 60%, they said.

These refineries are unlikely to increase activity significantly before profitability picks up. Complex margins in Singapore, a proxy for the region, were -45 cents a barrel on Tuesday, near the lowest in more than a decade.

Refining in Asia near least profitable in more than a decade

Other plants around Asia are closing down permanently or being down-sized. Royal Dutch Shell Plc wound up its Philippines refinery last year and announced in late 2020 that it would slash oil-processing capacity at its Pulau Bukom complex in Singapore over the next three years. There’s been a wave of refinery closures in Australia despite Canberra’s efforts to keep them afloat. Japan’s ENEOS Holdings Inc. is also planning to reduce operations.

There will likely be at least another 200,000 barrels a day of refining capacity shut in Asia within the next 12 months, according to FGE. “Some less sophisticated, old and highly margin-sensitive refineries will be pushed into a corner,” said Sri Paravaikkarasu, Asia head of oil at the industry consultant.

Outside of China and India, Asian refinery run rates are unlikely to make a full recovery from the virus until the end of the year, she said.

“Export-oriented refiners in South Korea and Singapore are struggling to ramp-up considerably,” Paravaikkarasu said. “The weakness in refining margins and increasing exports from China is keeping a tight lid on the recovery.”