PM pledges legal action against vandalism in name of Islam 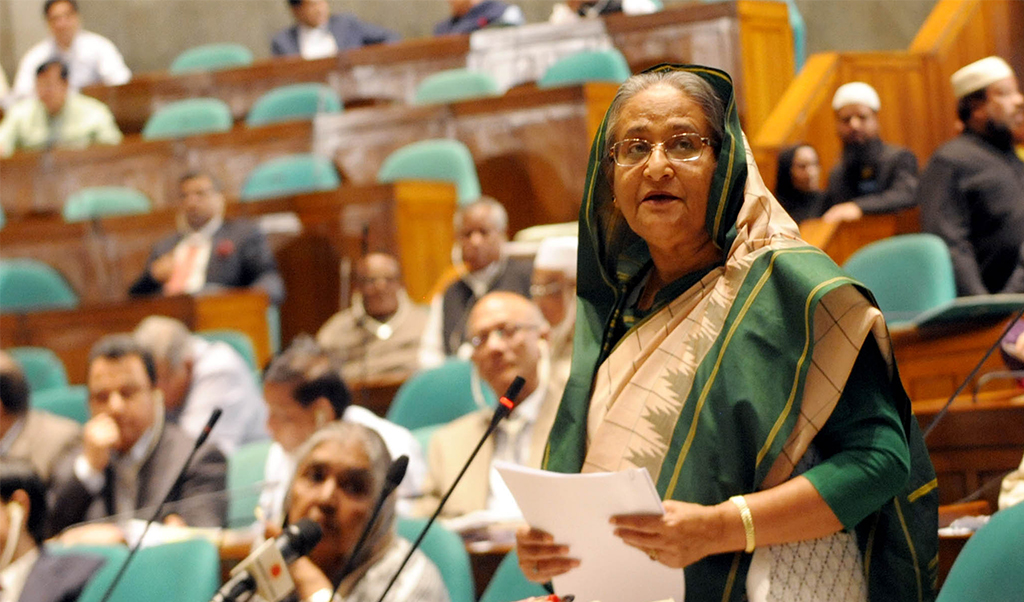 Prime Minister Sheikh Hasina on Sunday told the parliament that her government wouldn’t tolerate non-Islamic activities like arson attacks and vandalism in the name of Islam and vowed to take legal actions against those involved in such activities.

“I can only tell that legal action will be taken again those responsible for such misdeeds,” said the Leader of the House while delivering valedictory speech in the twelfth session of the 11th parliament that was prorogued today after three working days amid a massive surge in the second wave of the Covid-19 pandemic.

Mentioning that the Hefazat started mayhem when the nation was set to celebrate the golden jubilee of the country’s independence from March 17 to 26, she said, “Did Hefajat do it alone? The BNP-Jamaat alliance is behind it.”

The Prime Minister said it is sure that all the Hefazat men were not involved in the mayhem.

Hefazat men spread a rumour relating to killing of people in the Baitul Mukarram Mosque on March 26 and conducted destruction from March 26 to March 31, she added.

The premier said BNP and Jamaat gave separate messages supporting the Hefazat on March 27 and 28 which is part of the conspiracy against the state.

After calling hartal, the Hefazat, without any provocation, had carried out vandalism across the country, attacking Awami League (AL) offices, houses of AL leaders and activists and government offices.