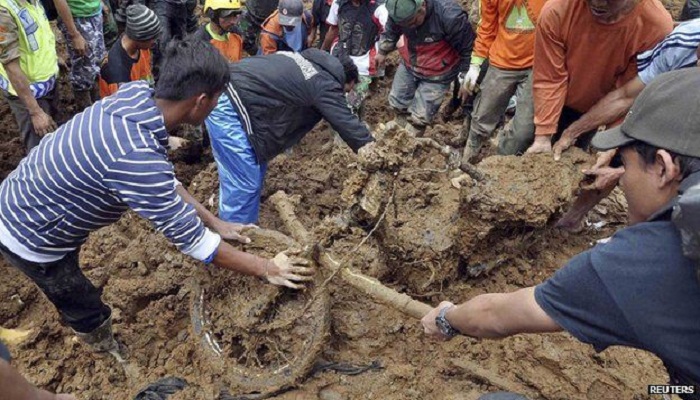 At least 20 people were killed, nine others injured and five went missing as flash floods and landslides struck

The disaster buried dozens of houses, swept away several other houses and destroyed a bridge, he said.

All the wounded persons are being treated in nearby health clinics, the spokesman said in a statement.

The meteorology and geophysics agency has forecast heavy downpours, strong winds and huge waves within a week.